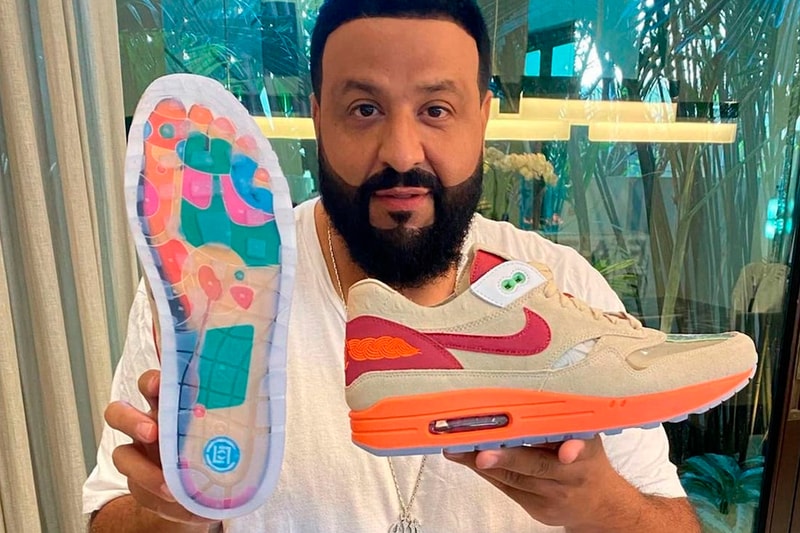 Following rumors the surfaced last year, we now have a first look at the 2021 CLOT x Nike Air Max 1 “Kiss of Death” re-release, courtesy of DJ Khaled. Taking to Instagram, the music figure revealed the pair he received, noting that he is the first to receive the upcoming release.

The original CLOT x Nike Air Max 1 “Kiss of Death” original release came back in 2006 to celebrate the opening of China’s first sneaker boutique ACU. Effectively kicking off CLOT founders Edison Chen and Kevin Poon‘s mission to bridge the East and the West, the shoe is centered around the ancient concept of “Qi.”

The 2021 re-release looks to continue the “Net/Deep Red/Orange Blazer” color scheme dominated by suede with snakeskin and ostrich detailing. Along with the distinct transparent toebox that reveals the foot reflexology insole design that is continued under the translucent rubber outsole below.