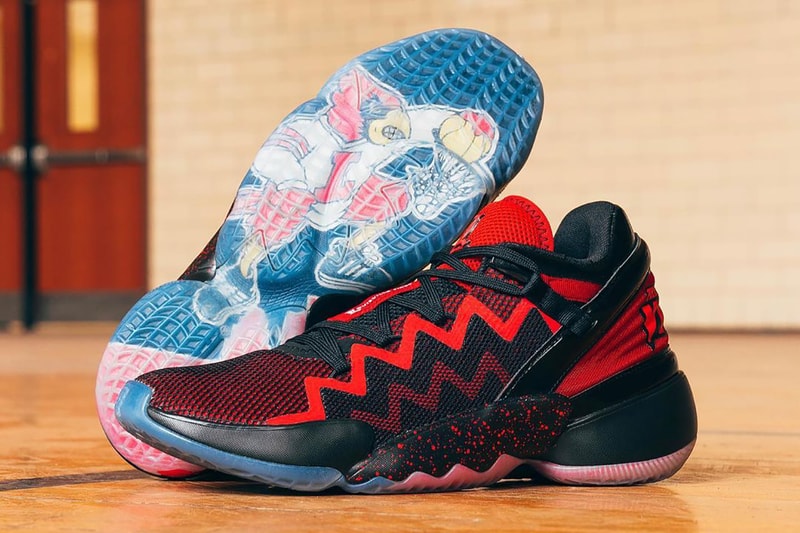 After being weaved into Pharrell’s 19-Piece “Triple Black” Collection with the Three Stripes, the adidas D.O.N. Issue #2 now finds itself back at center stage for a brand new Louisville-themed colorway. The iteration pays homage to The University of Louisville which is the institution that Donovan Mitchell attended for his college career.

Given that Mitchell’s mother is an elementary school teacher, education is of great importance to the Utah Jazz‘s centerpiece. His recent collaboration with Crayola honored teachers and educators from across the nation and now he’s using the proceeds from the launch of this colorway to benefit academic initiatives and scholarships for current and incoming Black students who attend/will attend his alma mater.

Cardinal-friendly schemes are appropriately utilized on this basketball sneaker, the most prominent being the black hue that coats the forefoot-to-mid-foot mesh, the midsoles, liners and glossy overlays towards the rear. Following closely behind is the vibrant “Team Power Red” tone that wraps the throat’s underlay, spiky quarter panel patterns, mid-sectioned speckles and the synthetic heels.

Actual Louisville-branded hits are dispersed to the tongues which feature a “Louisville First” banner, the heels which spell out “The Ville” and the outsoles whose cardinal mascot sprawls across the entire treading inside its translucent shell.

The kicks are available right now via adidas for a somewhat wallet-friendly price of $100 USD.