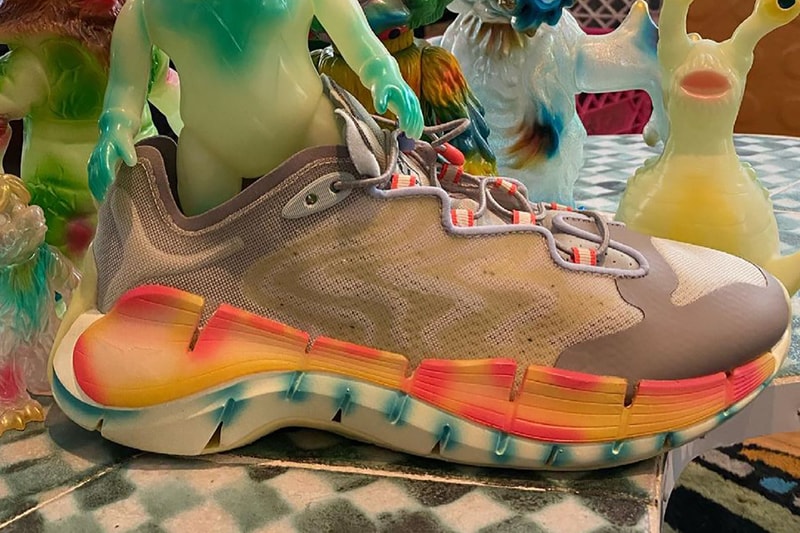 Spring 2021 is a busy season for Brain Dead — the streetwear imprint helmed by Kyle Ng which has already unveiled its newer seasonal offerings of in-line apparel as well as a collaboration with Marvel for a Wolverine tribute. On the horizon, the LA-based brand is set to follow up its Beatnik and Classic Leather projects with Reebok, by now applying its creative touch to the Zig Kinetica II.

On this forthcoming offering, Brain Dead presents its newest collaborative sneaker with a dichotomy of earth-friendly tones and vivid accents. The former is mainly visible on the uppers of these trainers as the synthetic base is guided by a muted beige hue, and color-blocked with muted gray notes that tumble onto the collars and toe box overlays. Furthermore, swirly patterns are embedded into the mid-foot and arrive colored in with a sandy hue.

Bottom pieces are where the shoe turns up its playfulness. Higher positioned midsole molds are dressed with groovy orange and yellow tie dye patterns, while the lower portion gets receives a white and teal blue treatment.

So far, there’s no official word as to when these will hit the shelves, but it’s likely that a launch will go down in the coming months.