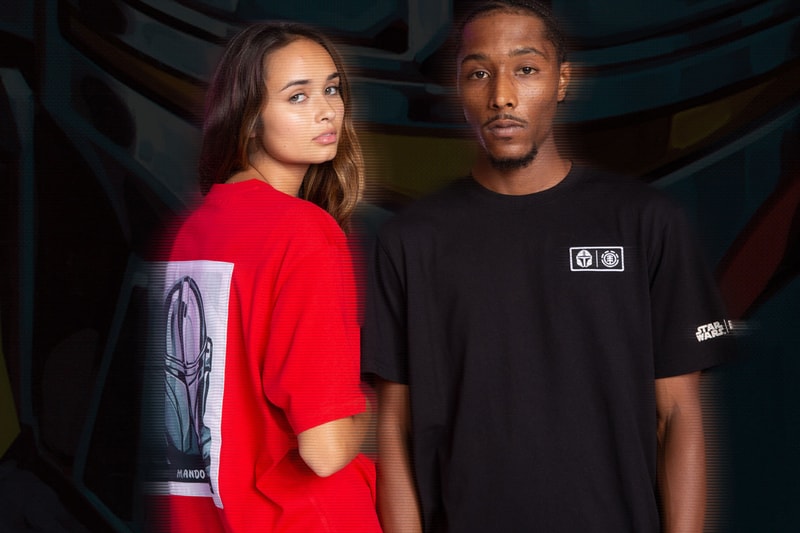 With the highly anticipated release of the second season of The Mandalorian on the horizon, skateboard brand Element has launched a new collection inspired by the show. The unisex series pays homage to some of the Disney+ title’s fan favorite characters with vibrant graphics on a range of T-shirts, hoodies, jackets, accessories and skateboards. Combining Element’s signature skate-centric aesthetic with iconography from the Star Wars franchise, the collection features artwork that captures the distinctive personalities of characters such as the Mandalorian and the Child. The visuals are applied to key pieces, such as a bomber jacket and Mohave backpack. T-shirts and sweatshirts in both vibrant and neutral options are complemented by style-forward visuals of various elements and scenes from the show. The crossover also includes six skate decks adorned with unique images, allowing users to rep their favorite character as they ride. Finishing off each piece is sleek co-branding from Star Wars and Element.

Check out the Star Wars x Element collection in the images above. It’s available in U.S. stores and on Element’s website now, with a second drop slated for mid-November. The second season of The Madalorian premieres in the U.S. on Disney+ on October 30.