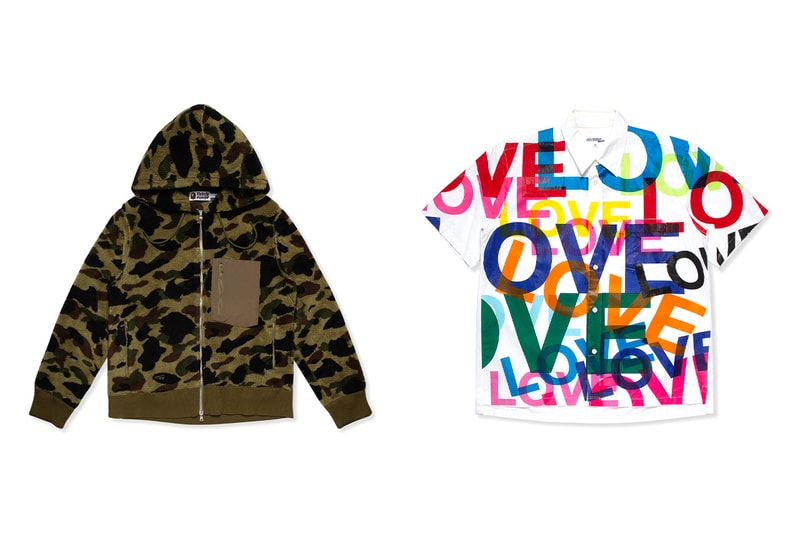 Launched in 2016, HBX Archives has become a centralized destination for sourcing unique one-off finds. From brands like Palace and Off-White™ to BAPE and Stone Island, HBX Archives sources sought-after garments from years gone by to sell via its online webstore.

Dropping on November 27, this week’s HBX Archives features BAPE ABC “Green Camo” tie, as well as its Teriyaki Boyz hoodie and classic camo fleece. Junya Watanabe features again, this time with its striking “Love” shirt, while the likes of COMME des GARÇONS and WTAPS chime in with some early classic garments of their own.

Alongside the apparel, there’s also another chance to bag Nike’s sought-after React Presto with UNDERCOVER as it lands in “Mahogany/White” and “Black/White”.

Every Thursday HYPEBEAST will continue to preview upcoming releases from HBX Archives to give you the best chance of getting your hands on a rare piece. This week’s collection is set to launch on November 27 and will be available via the HBX Archives webstore.

In other news, Last Pick has paid homage to the great outdoors with its FW20 collection.