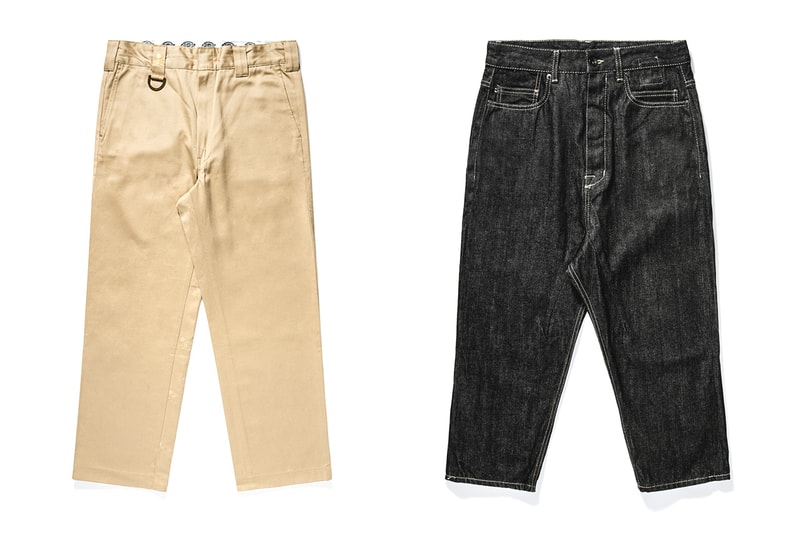 After last week’s BAPE-heavy release, HBX Archives returns for week 16 with a wide selection of denim firmly on the menu.

Launched in 2016, HBX Archives has become a centralized destination for sourcing unique and hard-to-find garments. From brands like Palace and Off-White™ to BAPE and Stone Island, HBX Archives sources sought-after pieces from years gone by to sell via its online webstore.

Dropping on January 29, this week’s offering features an array of denim jeans from the likes of Balmain, Neighborhood and MASTERMIND Japan, alongside its collaborative chino series with workwear legends Dickies. Outerwear arrives in the form of two GORE-TEX-covered Nanamica coats and sacai’s wool-lined nylon bomber, while knitwear comes courtesy of COMME des GARÇONS and AMBUSH.

This week’s singular footwear release is Nike’s “Yellow Bear” SB Dunk Low “Grateful Dead”, a 2020 sneaker that paid homage to the band’s most lovable symbol, the marching bears, which appear on the back cover of their 1973 LP History of the Grateful Dead, Volume 1.

Every week HYPEBEAST will continue to preview upcoming releases from HBX Archives to give you the best chance of getting your hands on a rare and sought-after piece. This week’s collection is set to launch on January 29 and will be available via the HBX Archives webstore.

In other news, La Sportiva has dropped its GORE-TEX-covered mountain runners.