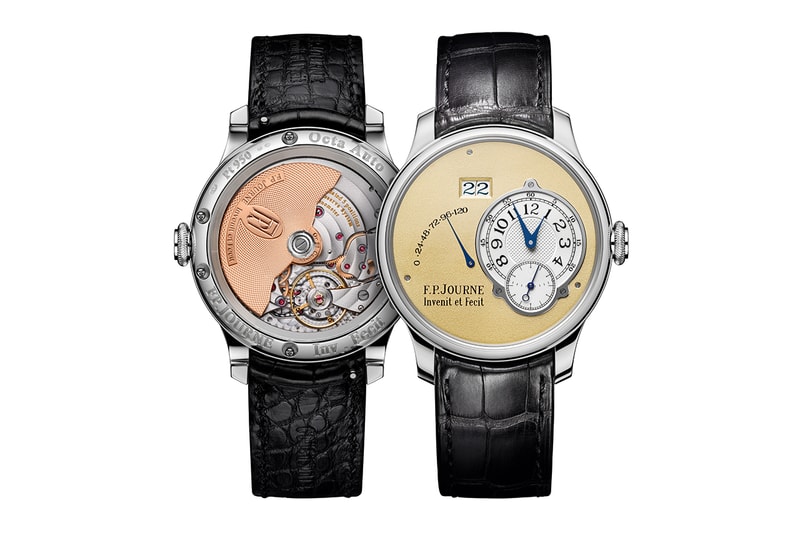 François-Paul Journe has taken the kind of stand against market speculators and flipping that only an independent brand with control of its own retail can.

The legendary watchmaker has signed-off on the sale of each and every one of the 99 pieces of his latest creation, a 20th Anniversary celebration of his 2001 Octa Automatic watch, to ensure they are going to regular customers and collectors who want the watches, rather than those looking to flip the watches for a quick profit.

Demand is certainly high, with one journalist unsuccessfully offering to sell her car to secure a piece during a presentation, and the brand receiving 390 solid orders for the 99-piece run.

Developed with a nod to collectors, the series is marked by its untreated, satin-finish solid 18k yellow gold dials which closely resemble the dials of the original watches. Twenty years ago these dials were delivered by a supplier, but rejected by Journe who instead opted to hand-finish them before assembling the final watches.

Since the Octa first dropped in 2001 it has only gone through three mechanical updates, the latest being the move from a bidirectional automatic winding rotor to a more efficient unidirectional system which winds the mainspring barrel more quickly.

Aesthetically there have been a few small tweaks for this latest piece with the hour and minute numerals enlarged on the dial while the power reserve indicator has been moved down to leave more room around the grand date display. The movement also features small open-worked windows on its bridges to reveal more of its operation.

In a concession to those customers not able to secure the limited edition, F.P. Journe will, next year be adding a modified version of the model to its collection, offered in 40mm and 42mm cases of platinum or 18k 6N gold with gold and silver guilloché dials.