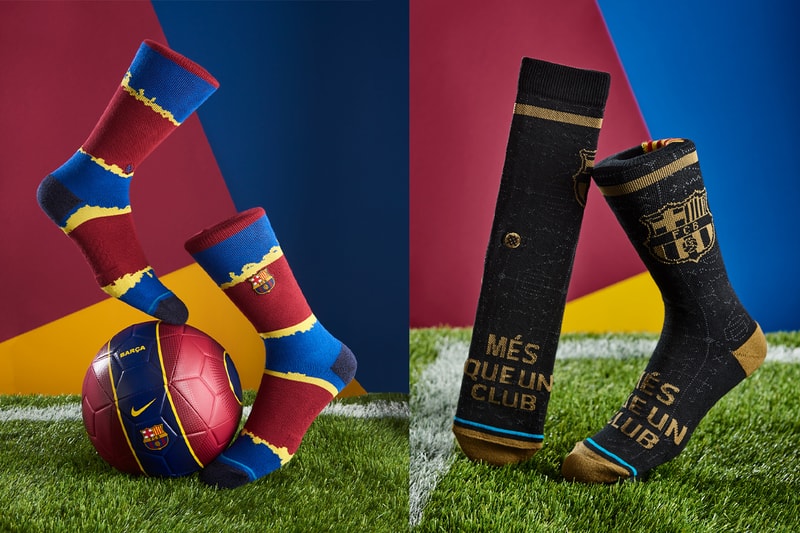 American sock aficionado Stance has taken its first steps into the world of football apparel by teaming up with Spanish side FC Barcelona for a three-piece sock capsule.

Stance — who has previously ventured into the worlds of NFL, NBA and MLB — joins forces with the Spanish giants to pay homage to the team’s colors and one of Europe’s most loved cities in three sock styles.

Designed collaboratively by both parties, socks feature the club’s quintessential colors and crest alongside the FC Barcelona “Més que un club” [More than a club] motto, as well as drawing inspiration from the city’s reputation as a creative hotspot.

The limited-edition FC Barcelona x Stance sock capsule is available to buy now from both the Stance and FC Barcelona webstores.

In other news, YMC has celebrated the spirit of football with a collaboration alongside Meyba.