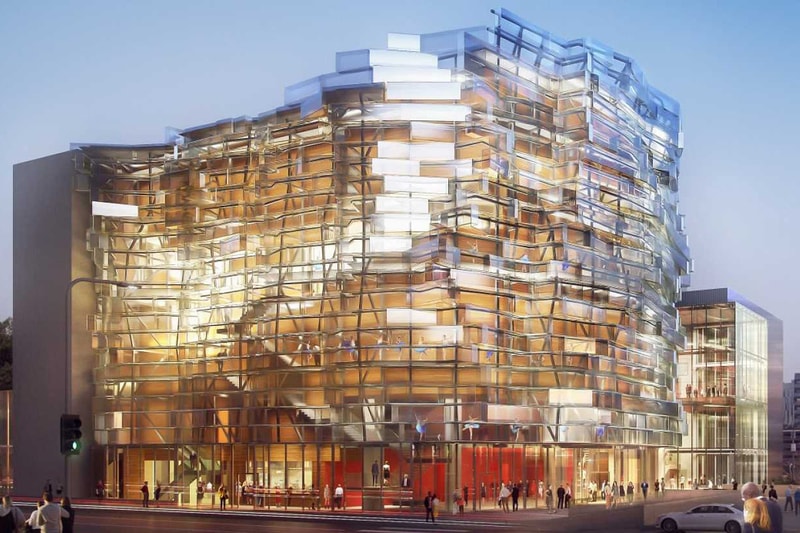 The smaller establishment is an opaque 700-seat theater dedicated to hosing dance, opera and experimental performances. Plans for the theater included a rounded interior which could also serve as performance space for the Colburn School and the Los Angeles Chamber Orchestra.

Both of the halls are an extension of the Colburn School — a performing arts educational institution that champions music and dance programming. The project would replace surface parking lots that are currently on 2nd, Olive and Hill Streets in downtown Los Angeles. Accompanying the smaller space is a nearby plaza that will feature a large projection that can stream performances from inside the complex or act as an outdoor stage for live concerts or other events.

According to the Los Angeles Times, the total budget for the proposed expansion is estimated at $310 million USD. And although fundraising efforts are currently paused, construction is still underway for both venues.

Elsewhere in design, Scottie Pippen shows off his Chicago mansion in a new episode of Open Door.