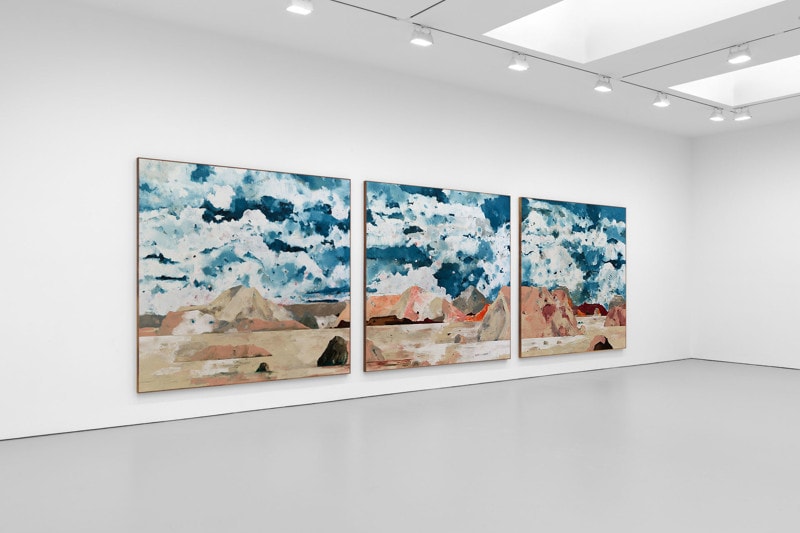 Last weekend, David Zwirner launched a solo exhibition of new work titled “Traveling Light” by Belgian-born, New York-based artist Harold Ancart at the gallery’s 525 & 533 West 19th Street locations in New York. A slew of collectors flocked to the show’s opening to view Ancart’s new series of paintings that portrays abstract landscapes and cropped views of trees that blur form and color. According to Artnet, one of the attendees was Frank Ocean who dropped by the gallery’s outpost to check out the works in person. Ocean “arrived to see the show Saturday afternoon, hopping out of a gigantic black SUV late in the day and getting a detailed tour of the environs,” reported the website.

Ocean has often gleaned art history references across his tracks and even collaborated with artists such as Wolfgang Tillmans to capture a self-portrait on the cover of Blonde 2016 album and Kerry James Marshall for the visual of his “Lens” 2017 single. While both aforementioned examples are evidence of Ocean’s interest in figurative works, his latest visit to Zwirner could mean that the singer has a newfound penchant for abstraction, especially in the fresh crop of complex compositional works by Ancart.

Ancart often combines paintings, drawings, and mixed media sculptures to develop large-scale installations that shed light on the social and architectural condition of the space in which his works are displayed. Highlighted works include two, monumental multi-panel canvases that position the viewer between a mountain-scape and a seascape. These works were inspired by the artist’s encounter with the modernist landscape murals of the late American painter Gottardo Piazzoni that are permanently displayed at the De Young Museum in San Francisco.

Altogether, the body of work in his latest exhibition is meticulously curated to offer an “immersive landscape experience,” described the gallery. “The works on view comprise a meditation on the expansive possibilities of painting.” Check out the installation views for Harold Ancart’s “Traveling Light” exhibition at David Zwirner. The show is running until October 17.

Elsewhere in art, Nikkolas Mohammed is showcasing new mixed-media pieces that questions the role of sports at LA’s HVW8 Gallery.