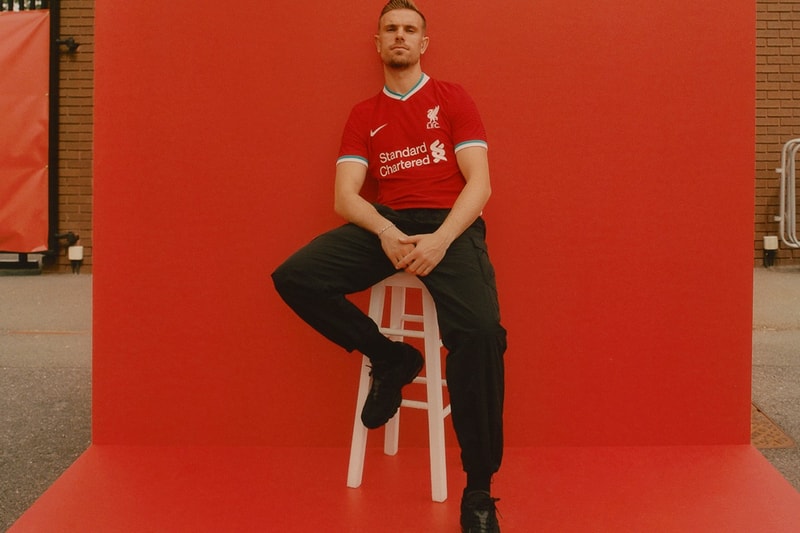 More than ever before, football kit designers have embraced pageantry and loud patterns for the 2020/21 season. References as diverse as Arsenal’s marble halls to Nike’s whole range of Air Max colorways have been transformed into graphics to be worn by players throughout the upcoming season.

Kits for this season are a long way from the classic block colours — or, if a team was feeling fancy, stripes — of old. Instead, brands like Nike and adidas have added everything from herringbone patterns to tie-dye prints to jerseys. With the next season of European football set to begin this weekend, we’ve rounded up the best kits from around the continent. Taking influence from the patterns, colors and motifs that used to be found in the East Stand of its former home of Highbury, Arsenal‘s eye-catching 2020/21 adidas away jersey pays homage to the marble halls found within the iconic stadium, one that saw them lift the Premier League title thirteen times. Following the launch of its art-inspired home and away kits, reigning Serie A champions Juventus has released its vibrant orange adidas third strip, said to be inspired by the team’s on-pitch spirit. The bold color is accompanied by dashes of black throughout and completed with white detailing in the club crest and sponsors. Inspired by the classic Nike Air Max sneaker, Barcelona‘s third strip celebrates the city and its vibrant beaches with a “Pink/Sea Green” colorway. As well as referencing the city — and some of the club’s previous kits — the colors also pay tribute to previous Air Max releases and a new FC Barcelona-inspired Air Max 90. Drawing on inspiration from the unique neighbourhoods and multicultural DNA of the city, Marseille‘s PUMA away strip for 2020/21 features sublimated design features throughout. Arriving in a “Peacoat” navy blue with accented “Azur” blue detailing that pops through the collar and cuffed sleeves, the kit is completed with the team’s name embroidered on the back of the collar. Taking the club’s signature color palette and aesthetic of black and blue stripes, Nike has delivered a post-modernist design for Inter Milan‘s upcoming campaign. Adapted into a zigzag pattern, the striking jersey is completed with black shorts and socks. Inspired by the club’s 1985-86 away kit, Adidas has delivered an away kit for Celtic that oozes Balearic vibes. With contrasting green accents and shading across the entire kit, the simple v-neck collar features with the brand’s Three Stripes on the shoulders, finished off with two green hoops around the end of each sleeve. Donning the traditional red jersey, socks and shorts, Nike’s debut home kit for the Premier League champions also features a brighter red to celebrate the youth and vibrancy of the team, and sits alongside the classic white detailing. Nike has also introduced hits of teal to the jersey, referencing a color from throughout Liverpool’s history and the color of the Liverbird in its crest. Last season’s 7th place league finish was Fenerbahçe’s lowest for some time, so the club will be hoping this season’s golden adidas away strip will bring them more luck on the road. With a shiny “Raw Gold” base complemented by an array of “Tech Indigo” accents, the design is based on the club’s 100th anniversary shirt used in the 2006/07 season. Taking notes from the eye-catching designs from the eighties and nineties, Ajax‘s 2020/21 adidas away kit is arguably the stand-out strip of the season. Comprising a mix of blue tones, with pops of red and white accents all-over, the colorway is a subtle nod to the Dutch national flag. The crest has been given a red fill, to match the name and number prints on the reverse of each shirt. Designed as a nod to the outer shell of their famous Allianz Arena home stadium, Bayern Munich‘s adidas away kit features an all-ver diamond pattern, in a mix of red and black, reminiscent to former “Die Mannschaft” colorways. As well as recalling their home ground, the hand-painted Rauten diamond pattern also references the Bavarian flag situated within the reigning European champions’ crest. Paris Saint-Germain‘s 2020/21 strips mark the French club’s 50th anniversary. Their away strip — inspired by their 1995/96 title winning season — features a Hechter stripe lined with royal blue on a white background. Finished with a blue polo collar and two-buttoned fastening, if the away kit didn’t make this list, the home kit certainly would’ve.

In other news, adidas Spezial has unveiled its latest archive-inspired FW20 collection.