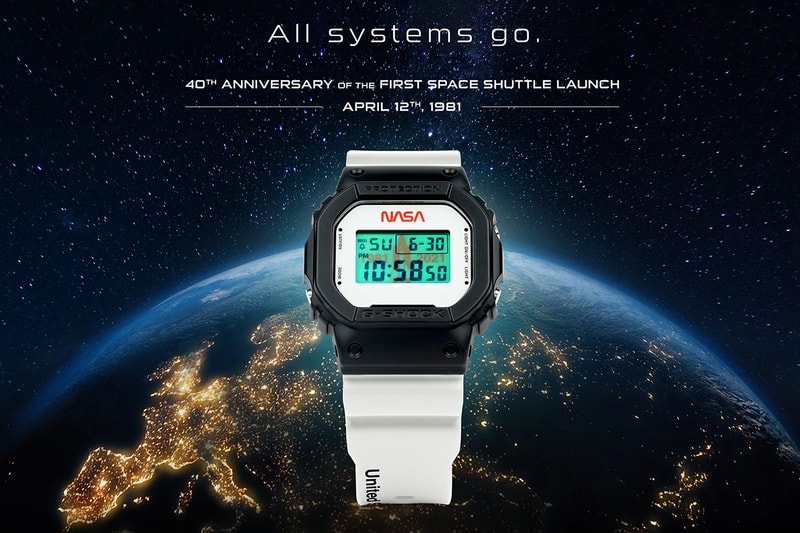 It’s been a whopping 40 years since the first ever OV-102 STS-1 space shuttle was launched into the interstellar on April 12, 1981, and Casio G-SHOCK is commemorating this anniversary with the release of a limited edition DW5600 that’s inspired by NASA.

In an effort to translate the aesthetic of the aforementioned shuttle, the timepiece is presented with stark black cases, pure white bands and a stainless steel backing. Band loops and the ion-plated buckles are furnished with the USA flag while the dial is crafted with a white backdrop and red NASA branding. Top sections of the band also feature a STS-1 spell out, while the bottom region dons a United States notation. If you flip over to the steel finished backside, one will find an engraved space shuttle icon that is sandwiched between the years “1981” and “2021” to further expand upon its anniversary motif. Additionally, timepiece will in custom packaging with an outer box that states the STS-1 Mission’s statistics and a tin box that displays the mission’s 2-day orbit around the globe.

Previously, Royal Navy and G-SHOCK teamed up for a collaborative Frogman piece.