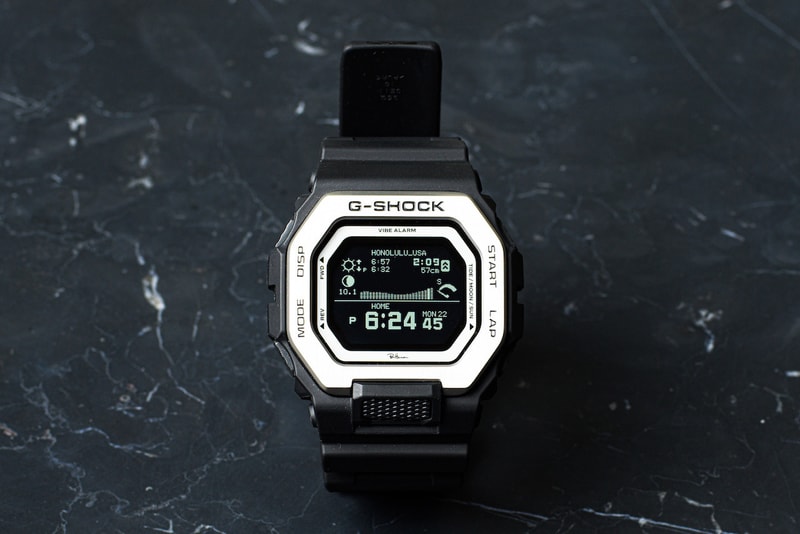 Ron Herman has tapped G-SHOCK for a limited-edition GBX-100, a model that debuted just last year and has since been worn by some of the world’s top surfers.

This iteration of the GBX-100 features a sleek monochromatic colorway, made up of a sleek black belt and a silver bezel. “G-SHOCK” is boldly etched at the top of the watch’s face, complemented by a light green LED screen that displays a bevy of information for those surfing the waves: it tells you different tide levels throughout the day and the time of sunrise and sunset. As a final touch, the watch’s case back is engraved with Ron Herman’s signature.

In case you missed it, here’s a look at G-SHOCK’s Blue Phoenix, offering all the colors of the rainbow.