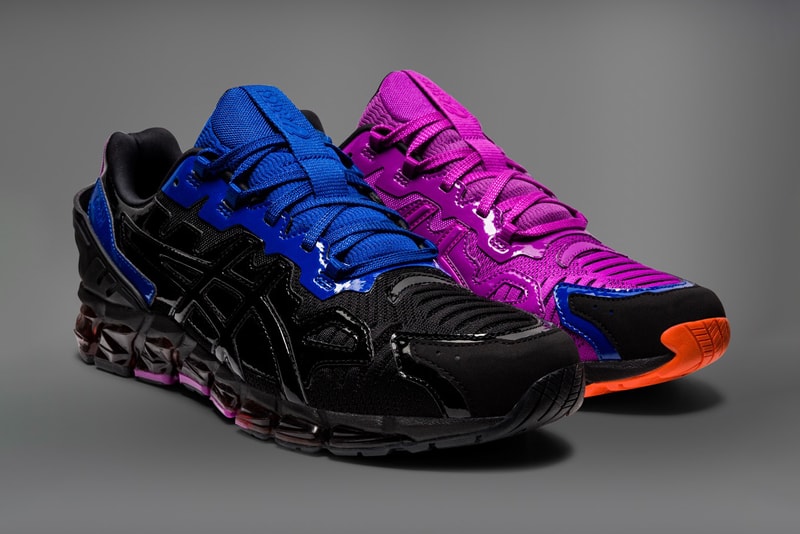 Berlin-based GmbH has officially revealed its latest collaborative effort with ASICS: three asymmetrical takes on the GEL-Quantum 360 6. Arriving in a wild multicolor makeup, an opulent blend of tans and golds and a previously-revealed black, tan and bordeaux, each presents a collage-style look with masterfully mismatched details and alternating materials.

Of the three pairs, the most instantly striking is the multicolor makeup. The right shoe uses a black base with bright blue accents, while the left shoe presents a bright purple, trimmed with blue, black and orange. The tan pair calls upon shades both flat (right foot) and airy (left foot), both of which are bolstered by gold GEL cushioning setups. Finally, the black, tan and bordeaux style keeps tan bases on both foot with a varying degree of black and bordeaux embellishments — heavy on the right foot, more scaled-back on the left. All three pairs also blend sporty mesh with striking patent leather for an athletic-meets casual material contrast.

GmbH’s three-pack of ASICS GEL-Quantum 360 6 collaborations recently released on the GmbH webstore, but quickly sold out. Each was priced at a tax-included €200 EUR (approximately $235 USD).