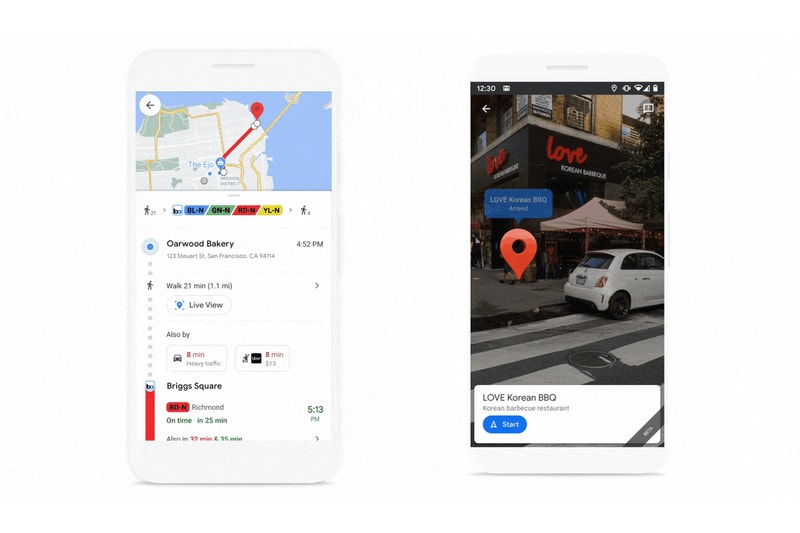 Google has just announced an updated version of its Live View function within the Google Maps app, enhancing the overall augmented reality experience for greater functionality.

The news was published in a recent blog post in which the tech giant announced a number of updates that will bring even greater convenience to users, with the most important upgrade being landmark recognition to help you orient yourself in reference to them. “Soon, you’ll also be able to see nearby landmarks so you can quickly and easily orient yourself and understand your surroundings,” writes the company. “Live View will show you how far away certain landmarks are from you and what direction you need to go to get there. These landmarks can include iconic places, like the Empire State Building in New York and the Pantheon in Rome, and easily recognizable places, like local parks and tourist attractions.”

Aside from landmarks, both Android and Apple iOS users will both be receiving Live View in Location Sharing “soon,” a feature that Google released earlier last month for its own Pixel users. As simple as the name suggests, the feature allows you to open up Live View and see how far away a friend is once they’ve shared with location with you, presenting you with overlaid arrows and directions to help you navigate your way there.

Elsewhere in tech, Facebook has integrated its Messenger with Instagram’s direct messages.