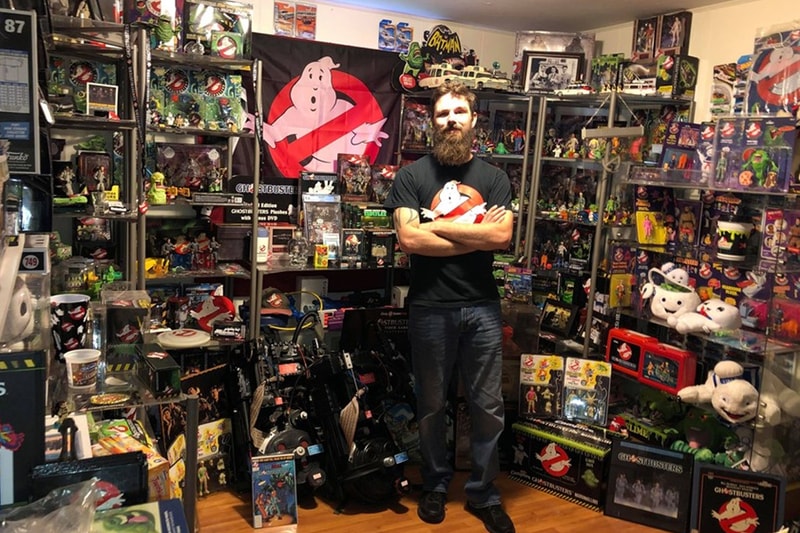 The Guinness World Records have now discovered the biggest Ghostbusters fan in the world, right in time for Halloween.

Awarded for having the largest collection of Ghostbusters memorabilia in the world, Ohio resident Robert O’Connor owns a staggering 1,221 collectibles from the beloved supernatural franchise. It all started with a Stay Puft marshmallow man from Kenner, and gradually snowballed into a collection that spans across signed LPs from Dan Aykroyd and Ernie Hudson to a full series of the Kenner Ecto Glows on card un-punched, now worth a whopping $1,500 for just five of them.

Speaking about his love for original film — which he first saw when he was only four years old — O’Connor said that Ghostbusters “allowed me to escape from reality and be that character I saw in the movies. I was able to enjoy being a kid and with Ghostbusters you didn’t need to be strong, fast, or have a super power. You just had to have courage to fight the unknown.”