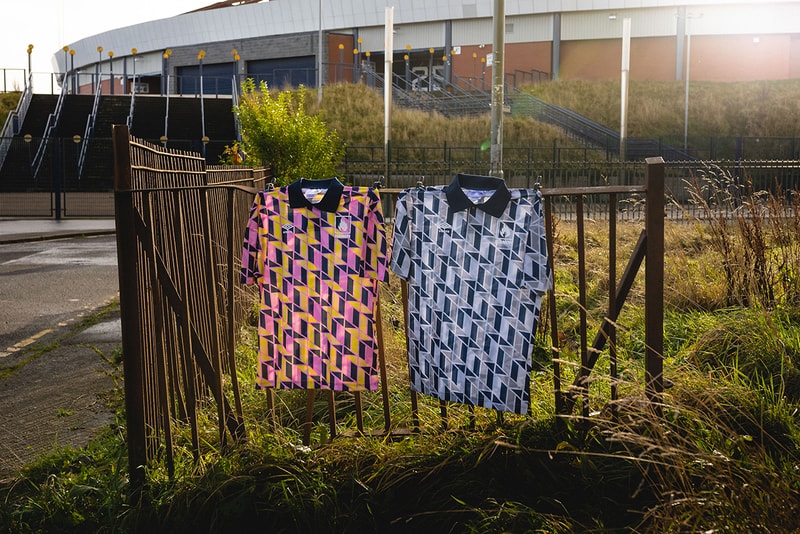 Scottish footwear retailer HANON has partnered with Umbro to resurrect a cult archival football kit. The new collaboration is inspired by a jersey designed by Umbro and the Scottish Football Association in the late ’80s. Although it was never worn as an official kit, the jersey was worn by the Scotland squad on the album cover for their Italia ’90 song and thus became a cult classic.

HANON has recreated the two eye-catching colorways of the original jersey, one of which comes in a bold yellow and pink while the second grey and blue design is more similar to Scotland’s traditional colors. Other features include a “90” on the back, and HANON and Umbro logos on the chest.

Take a look at the two colorways in the gallery above. The collaborative jerseys are due to release via HANON’s web store on November 12.

The link up with Umbro is HANON’s most-recent football-inspired collaboration, following a collaboration with Pantofola d’Oro earlier this year.