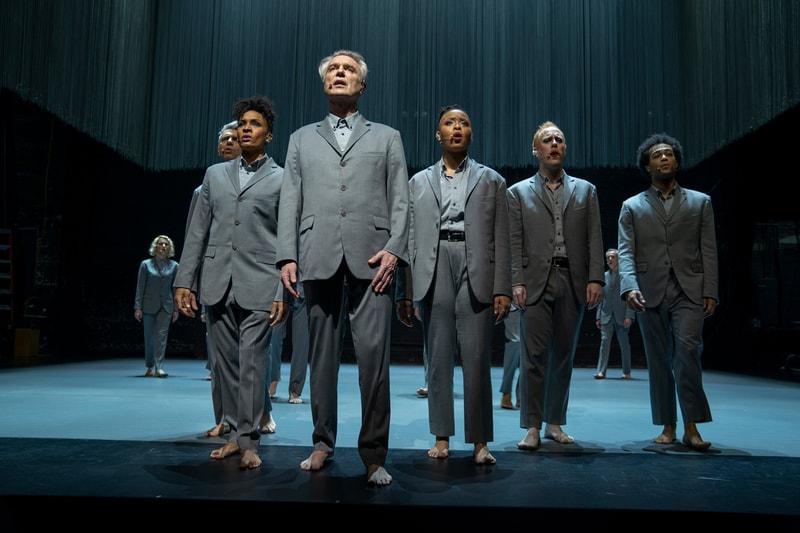 HBO has revealed the first teaser trailer for the Spike Lee-directed David Byrne’s American Utopia. The upcoming concert film is based on David Byrne‘s 2019 Broadway show of the same name, which is also inspired by Byrne’s recent American Utopia album. The footage above showcases Byrne sticking his head from behind a curtain made of chain-mail before taking the stage with his band for the cover of Janelle Monáe’s “Hell You Talmbout,” a 2013 track that protests police brutality. The trailer features stunning camerawork signature of Lee, which also highlights the frenetic choreography provided by Annie-B Parson. Although the second run of Broadway shows has been pushed back due to COVID-19, the film was recorded in front of a live audience.

American Utopia ran on Broadway from October 2019 to February of this year and showcased Byrne touching on the state of America in front of an audience. It also included performances from his time with Talking Heads up to his recent solo album. What made performances stand out in this show was how the musicians were able to move around the stage. Even the drummers were handheld to keep anyone on stage from being stationary.

Check out David Byrne’s American Utopia when it arrives on HBO Max October 17.

In other entertainment news, catch the final trailer for Christopher Nolan’s TENET.