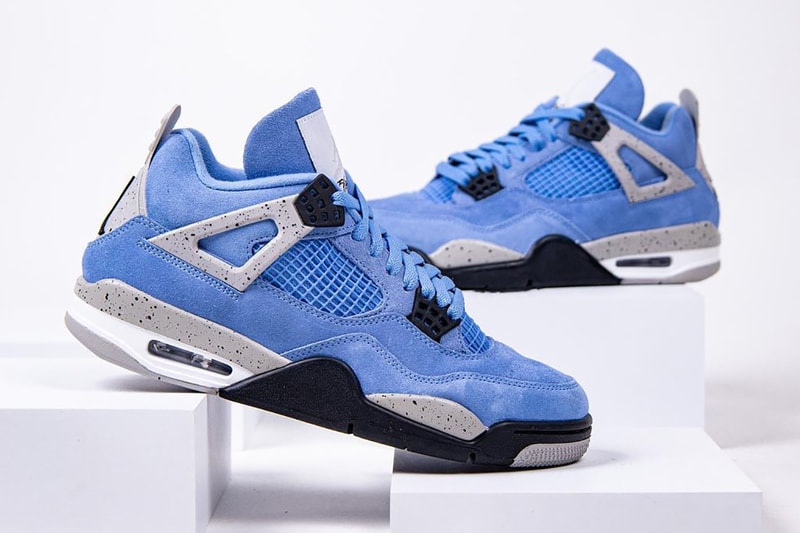 Spring 2021 is going to be quite an exciting time for Jordan Brand as it has a smorgasbord of striking releases on deck for sneakerheads. Among them is the Air Jordan 4 “University Blue” which has just been revealed by way of detailed imagery.

While this particular pair isn’t officially associated with the University of North Carolina, its color story is very much so emblematic of the six-time champion’s alma mater. Netted regions and the base layers are dripped with Tar Heel-inspired blue, the latter of which is formed with a buttery suede build. Accents are presented through solid black eye stays, rear Jumpman logos and lower forefoot, as well as through grey speckled heel counters and midsole molds to channel a similar aesthetic to the ever-classic Air Jordan 4 “White Cement”.

If you take a gander at the tongues, you’ll also notice that the Jumpman team added an embroidered “23” jock tag that sits adjacent to the traditional flight branding for added flair.

Outsoles are executed with a three-toned look, and feature more notes of “University Blue” sprinkled to the forefoot and heel’s Jumpman insignia.

Early reports have these scheduled to drop on March 6, but we’re still waiting on Nike to confirm this.