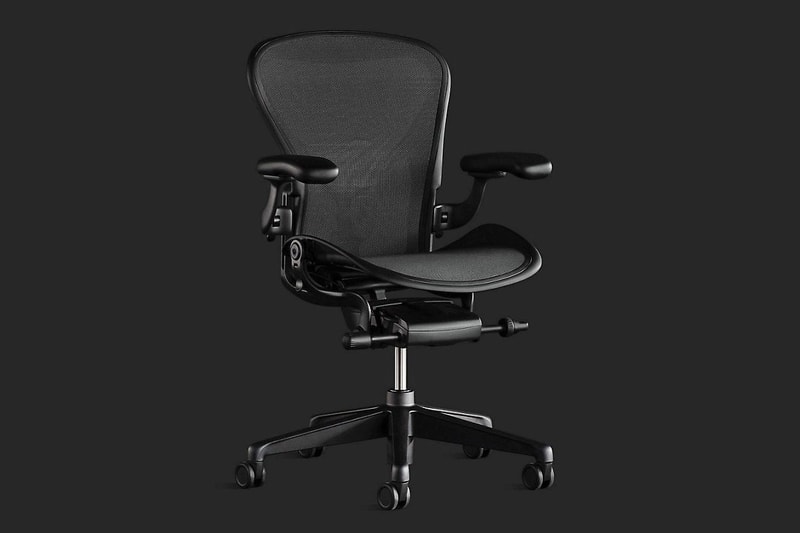 Seemingly everyone wants a piece of the growing gaming market. With patented esports hoodies and focus-boosting gum, gamers have plenty of ways to spend their dollars (aside from new consoles or PC gear, of course). Luxury desgin company Herman Miller has tossed its hat into the ring yet again, remixing its Aeron Chair in a gamer-friendly makeup.

If the new Aeron iteration doesn’t scream “gaming,” that’s to be expected; the chair isn’t a wholly new redesign, it’s a customized iteration of Herman Miller’s signature office seat with some tweaks that allow it to better suit a gamer’s needs. For instance, it boasts a refined forward seat angle and a muted matte black finish that allows it “to seamlessly fit the vibe of your gaming setup,” according to Herman Miller. Offered in Medium and Large sizes, the seat is further refined with adjustable arms, stabilizing pads and breathable Pellicle suspension.

You told us the iconic Aeron Chair is already a fan favorite for gaming, and we listened. We're thrilled to introduce the gaming edition of Aeron, featuring the most optimal configuration for the most ergonomic gaming postures and an all new dark black to match any setup, no matter your style. Play in an icon, and shop now. #hmgaming