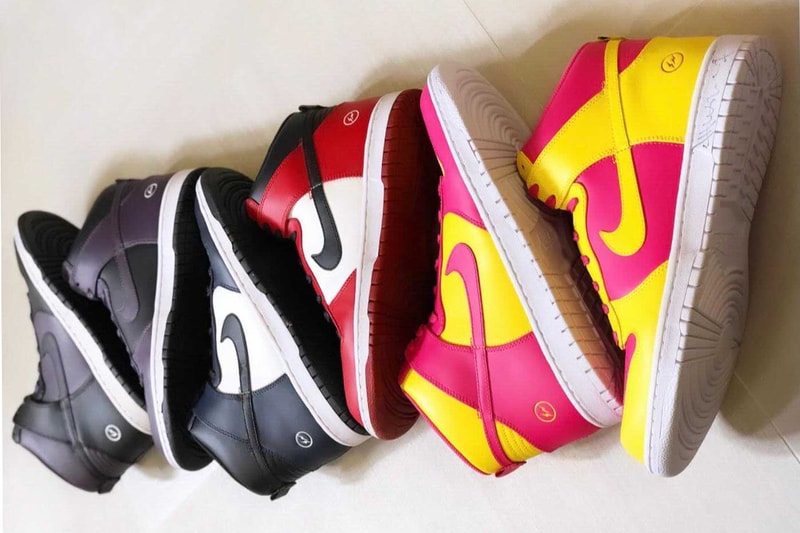 Amidst all the Nike Dunk news we have seen with the start of the new year, Hiroshi Fujiwara has almost teased the potential re-release of his fragment design x Dunk High “City Pack.”

The black-and-white teaser posted on the godfather of streetwear’s Instagram shows two two-tone Nike Dunk High models marked with fragment’s signature lightning bolt logo at the heel. Additionally, the white midsoles found on the shoes also show what appears to be updated text-markings.

*LEAK ALERT*: @Nike & Fragment will teaming up once again later this year to drop a set of Dunk Hi this Fall.
Both colourways will also be dropping in Pre School sizes too.
Which pair will you be looking to cop?
Please RT & Follow For More info.#NoMoreSecrets ? pic.twitter.com/3cukGmDhaW

*LEAK ALERT*: The 3rd & Final colourway in the @Nike x Fragment Dunk Hi pack dropping this Fall will be another reissue from the infamous City Pack.
Will you be looking to cop this colourway?
Please RT & Follow for more info.#NoMoreSecrets ? pic.twitter.com/CNSiSmuB0F

For more footwear news, the Air Jordan 1 Low is coming in “Arctic Pink.”