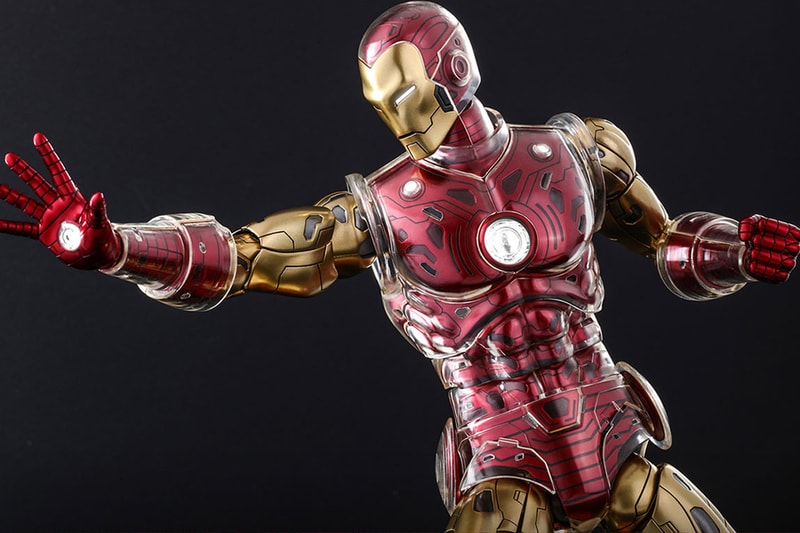 Tony Stark’s story in the Marvel Cinematic Universe may have come to an end, but that isn’t stopping Hot Toys from bringing fans of the franchise more Iron Man collectibles. For its latest release, the Hong Kong-based premium toy company revisited some of Marvel‘s classic comics, bringing back the armored superhero’s iconic look with a crystal armor twist to spearhead its brand new Origins Collection.

Standing roughly 13 inches tall, the new 1/6th Iron Man figure comes with more than 30 points of articulation, allowing you to position him in a whole variety of poses from his decades of adventures. Much like other Iron Man figures from the company, the current model also comes with an LED light-up function by the arc reactor, eyes, and palms as well as interchangeable armor parts including his helmet, his chest, and his forearm and calf pieces. Three extra pairs of hands give the figure more gestures to play with, while the articulated back flaps provide intricate detailing all around the model. For those looking for a bit more flair, there’s also a deluxe edition that comes with a realistic diorama figure base.

For those interested, Hot Toys’ latest Origins Collection Iron Man figure is now available for pre-order over on Sideshow, with the standard version going for $375 USD and the deluxe for $405 USD.

Elsewhere in collectibles, Hasbro has released a $700 USD Optimus Prime robot that can fully transform on its own.