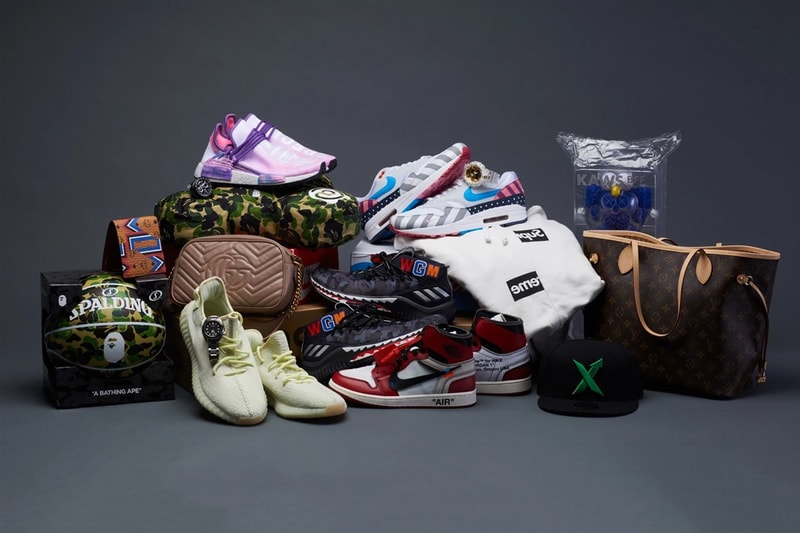 Last month, GOAT achieved a $1.75 billion USD valuation, putting it in the company of the likes of its competitor StockX, which earned a $1 billion USD valuation last summer. But while the big B does have an impressive ring to it — and the number can earn a company the coveted unicorn status — such a figure doesn’t necessarily translate to profits, nor does it prevent a company from laying off large swaths of employees when times get tough.

So how do those values get tallied up, and why do we care about them? “This is the same as anything else, similar to how much a shoe is worth or a piece of art,” says “Jordan,” an investment management firm analyst who offered his insight on the condition of anonymity.

More and more fashion companies ranging from GOAT and StockX to Allbirds and The RealReal are reaching the billion dollar valuation. But what does a valuation past the billion-dollar mark actually mean for a company? In its simplest form, a company’s valuation is “the present value of its future cash flows,” as Jordan says. “The problem, as you can imagine, is accurately forecasting those future cash flows. Impossible,” he adds.

Which isn’t to say there aren’t any concrete figures involved in a valuation, but it’s by no means a strict science. “What a company gets valued at is basically what someone is willing to pay for (a share of) it,” he adds, “and once a company has listed, investors look at a lot of metrics, value/sales, value/ebit (earnings before interest and tax), cash flow yield, dividend yield, etc.”

While a positive cash flow might play into GOAT’s high valuation, the $1.75 billion USD figure has as much to do with speculation as any tangible figure. “The valuation is a function of future profit, not vice versa,” he says. “The stock price is essentially a proxy of valuation so let’s say enterprise value = share price x number of shares + debt which means share price and valuation go hand in hand (this is for public companies). This reflects the potential future profits of the company.”

But just like a sneaker’s price on the resell market can come down to concrete factors like its material value and rarity, it also has just as much to do with its cultural value — which is by no means fixed in place. Similarly, investors can judge a company’s present image as much as its actual cash flow. “There are so many factors that need to come together to explain the valuation of a company, and sometimes it just does not make sense,” Jordan says. “If a company is deemed sexy, has charismatic founders, has good PR, that’s probably going to be valued higher.”

Take WeWork as a prime example of bravura winning over actual profits. The coworking startup was valued at $47 billion USD in January 2019, but as it prepared to go public that year, investors found a few cracks in the facade. Founder Adam Neumann had enticed many investors along the way with claims of disrupting the humdrum workplace, but WeWork was in reality a real estate company that was bleeding cash every month.

“If a company is deemed sexy, has charismatic founders, has good PR, that’s probably going to be valued higher.”

Neumann simply knew how to use his charisma to spin WeWork as the sort of innovative tech company that appealed to investors. Or, as Billion Dollar Loser: The Epic Rise and Spectacular Fall of Adam Neumann and WeWork author Reeves Widerman said when asked how Neumann got so many people to give him money: “He’s very tall.”

It makes sense that what is ostensibly a massive subleasing operation like WeWork would want to brand itself as a tech company, however, as tech companies have more commonly been able to quickly catapult themselves to high-level valuations than other those in other industries. “Those are the companies that can scale up very quickly whereas it’s hard to build factories to produce jet engines and scale those to get to $1 billion in five years,” Jordan says. “It’s easier to build a software platform that can do that, and everyone wants the next Amazon, Facebook, etc. You do have $1 billion companies coming to market in other fields but it still tends to be very tech dominated.” In that way, it’s unsurprising that GOAT and StockX, as well as The RealReal, would have reached the billion dollar valuation: none of these companies actually make clothes, what they instead offer is a platform for others to buy and sell, making it more akin to a tech outfit like eBay than a traditional fashion company.

That’s not to say that the fashion companies that produce a tangible product aren’t also capable of reaching the $1 billion USD mark. Allbirds was valued at $1.7 billion USD at the end of last month just prior to launching its first line of apparel, while Kanye West’s YEEZY brand has been valued at $1.26 billion USD.

Though both companies make leisurewear and footwear in simple, muted tones, they couldn’t be more different in their respective audiences — which is precisely what makes them both so valuable, as Allbirds’ sustainable, unfashionably comfy shoes and YEEZY’s well, Yeezy-ness, inspire strong brand loyalty. Just like a billion dollars makes a company cool, so too does coolness make a company a billion dollars. “The Kardashian [Kylie Jenner] that is worth $1 billion because of her makeup line is because of brand loyalty,” Jordan says. “It’s easier to build up loyalty in these types of products than in some cleaning company for instance, and that leads to a higher valuation.”

But no matter how high a brand is valued, it may not necessarily be earning money — and can in fact be actively losing money. For now, at least. “Does a company that is valued at $1 billion have to be profitable? No absolutely not. But will investors value something at $1 billion if they think it will be burning cash for the next 50 years? Also no,” Jordan says.

“The Kardashian [Kylie Jenner] that is worth $1 billion because of her makeup line is because of brand loyalty.”

Uber may have gone public in 2019 with a valuation of $82.4 billion, but the company has been famously unprofitable. And now the rideshare startup’s very business model is under threat: Uber and Lyft are currently campaigning for California to pass Proposition 22 on November 3, which would allow them to continue to classify drivers as contractors rather than employees, who would then be entitled to minimum wage and basic benefits like health care. Uber says that the increased cost of maintaining employees means prices for rides could double, and has threatened to leave California altogether if the proposition doesn’t pass.

Employees, after all, are expensive, and an inflated valuation doesn’t mean companies actually have the funds to pay them. Take YEEZY for example, which received anywhere from $2 to $5 million USD in payroll loans this summer to cover 106 employees. StockX meanwhile laid off 12 percent of its workforce in April as a cost-saving measure in the wake of the coronavirus pandemic, translating to up to 150 employees losing their jobs. The RealReal did the same that month, laying off 10 percent of its workforce and furloughing 15 percent of the remaining employees. So what is the importance of achieving a high valuation? For public companies, a high valuation correlates to higher stock prices, and as such higher profits for shareholders. But because it’s so difficult to gauge what a company’s future will be, investors think short term. “Instead of looking at the next few decades, investors look at the next few years,” Jordan says. And in order to chase those investments who are looking at just the next few quarters, many companies prioritize decisions that will lead to short-term profits for its investors, which can have disastrous consequences for long-term stability of the company and its workers as a whole.

As the Washington Post reported last year, prioritizing short-term profits for shareholders has been shown to lead to wage stagnation and increased inequality in the United States. And the coronavirus pandemic has only exacerbated the risks associated with emphasis on short-term growth; a recent article in the Harvard Business Review advocated for startups to emphasize long-term viability rather than growth-at-all-costs strategies.

“It might not be profitable or generate cash now but investors think it will eventually do so.”

For a private company, meanwhile, a high value equals the opportunity to raise more money — as both Allbirds and GOAT did when they raised $100 million USD in funding last month — allowing the company to expand into new ventures or markets and then raise even more money and, hopefully, make real profits one day.

“That’s the key — it might not be profitable or generate cash now but investors think it will eventually do so,” Jordan says. We’ll add a little emphasis to “think.”