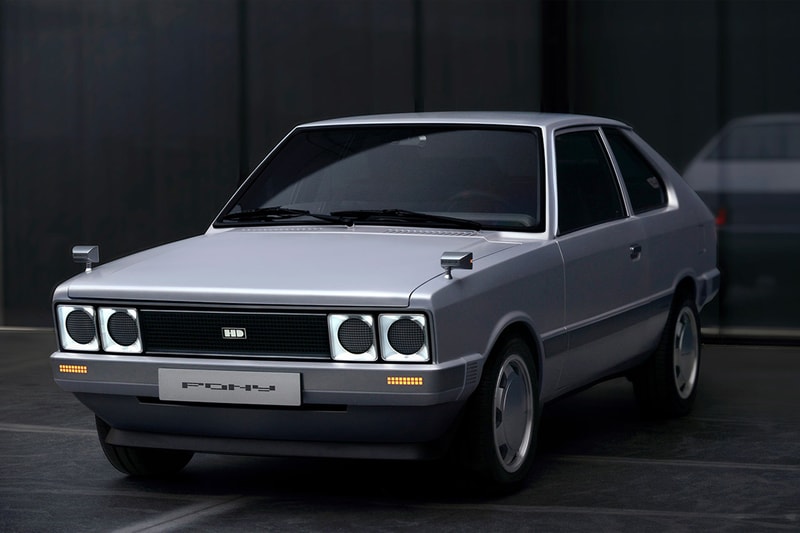 Shortly after opening its Hyundai Motorstudio Busan earlier this month, South Korean automotive giant Hyundai has now unveiled the first concept car to be exhibited there: the Heritage Pony Series.

A fully electric reinterpretation of the ultra-iconic 1975 Pony, the reworked vehicle brings together a dash of DeLorean with a pinch of cyberpunk. Much of the exterior of the original has been retained, complemented by a few futuristic touches including pixel-looking headlamps and taillights, and the side-view mirrors which have been replaced with cameras instead.

As for the interior, an array of premium materials replace almost everything in the old cabin, using luxurious leather and brushed metal to create a brand new experience. Of course, such a futuristic car also carries with it a range of innovative tech features, including gadgets like voice-activated controls, electronic shifters, and an eye-catching dashboard replaced by a series of lighted vacuum tubes.

For those interested in seeing the Heritage Pony Series in person, Hyundai will be displaying the concept car at its Hyundai Motorstudio Busan from now until June 27 as part of its “Reflection in Motion” exhibition.

Elsewhere in the automotive world, Toyota has unveiled its bZ4X electric SUV concept.