The LA-based model and influencer, Levi Stocke, sits down with Peter Brooker to discuss how his journey from pursuing a dream in the music business evolved to eventually become an Instagram Influencer with over 600k followers. He got his first break in modelling with Levi Jeans and he’s since gone on to collaborate with brands such as Apothecary 87 for his signature Clay Pomade and MADE Eyewear to create his signature sunglasses. This tattooed Harley-riding whisky-drinking chap generously shares his background, recent projects, personal branding, style preferences, love for London, fitness regime and more. Peter interviews Levi whilst on his way to a tattoo appointment for the Menswear Style Podcast. 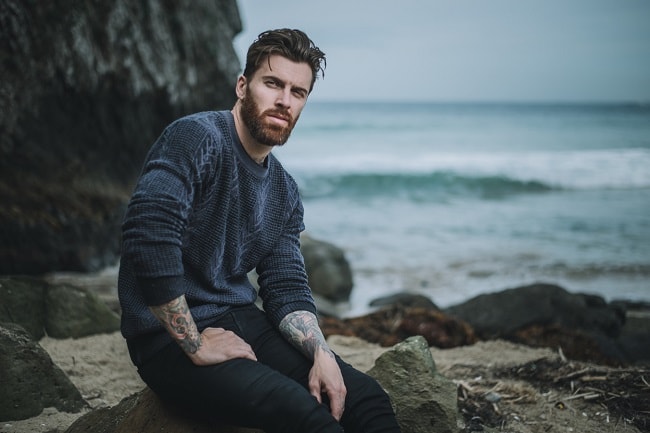 For those who don’t know who you are could you give us a little backdrop?

“I was born in Orlando Florida and then move to Nashville Tennessee for a big portion of my childhood and then St Louis Missouri. I then moved to LA on my own to pursue music. I played in a bunch of bands but wasn’t making any money. It was fun, but I was doing typical construction work and hard labour to pay the bills and pursue music. I then actually got scouted from a grocery store when Yvonne from Yvonne Armstrong Casting saw me. I was buying soup and beer at the time and she asked me if I had ever considered modelling – which I took offensively at first because I was still in the mindset that I was a musician. The client they had in mind for me was Levi Jeans and so I shot with them and then went to New York to do a bunch of other stuff such as a Super Bowl commercial. This is when I decided to start putting stuff up on Instagram – I love style and fashion. As a society we’re now more open to discussing male grooming, so I found a voice to encourage other guys. You can be tattooed and a motor cycle rider and still be in to fashion and there’s nothing wrong with it – it’s for everybody. This was my angle and my account just kept on growing and growing.” 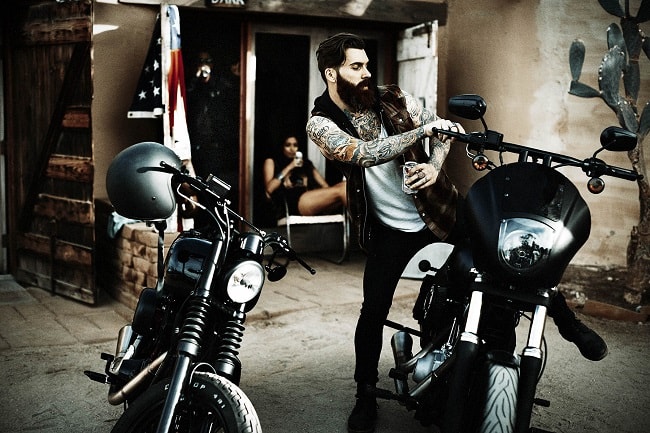 A lot of it sounds like the right place, right time but a dusting of talent will help

“Yes, it’s a big eye opener to keep your mind open to opportunity. If you get in that mindset of thinking that nothing is going to happen and have negative energy, then you’re not going to get anything out of it. It’s important to stay positive with what you currently have.”

How much has your music background influenced your style today?

“Yes, it definitely has influenced my fashion. Anything that is made to last through time in this disposable society is what I like. I have a leather jacket and boots fetish for sure. Music has had time periods that will live on forever, so anything that surrounds that or reflects that is something that I will always gravitate towards.”

You have over 600,000 followers on Instagram, what was it like to hit that bench mark and how do you compute that number?

“It’s crazy, I think about it in terms of when U2 plays shows in front of 30,000 people. It’s funny to think that many even know who you are. My Instagram grew really fast, I remember for a while I didn’t know what direction to take. You always want to evolve and keep growing and I used to get stressed out with my blog when thinking what am I going to blog about, and then I found a groove where I stayed true to myself because I finally realised I shouldn’t be trying to become something I’m not. I decided to just be myself and if it didn’t work I’m sure another opportunity will have come along. So being just me has worked so far.” 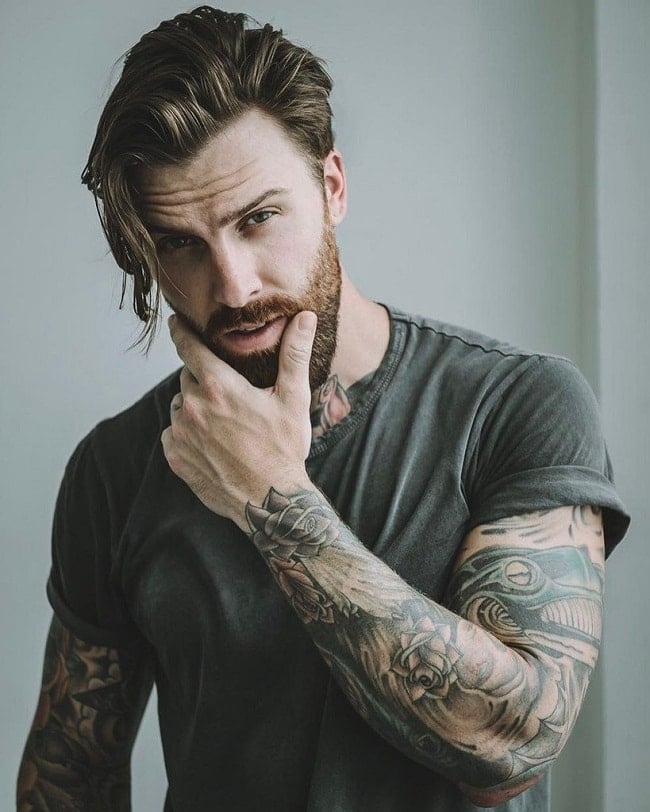 With that kind of following, do you get recognised out on the streets?

“It’s really interesting. Throughout the rest of the US and overseas also, yet. But in LA I just blend in. It’s because there’s just so much of it here. I think it’s great when people do stop me, I tell them it’s cool that they know who I am. Although a lot of people think that because of my image that I’m not approachable, and that’s something I’m trying to change because I get DM’s a lot from people saying that they saw me but didn’t come over to say hi. I always write back telling them that they should say hi, the worst that will happen is that I’ll probably buy them a beer. I’m very approachable for sure. I’m in social media, so I have to like talking to people.”

Tell us about your workout regime?

“When I wake up I usually make a coffee to start the day. I fit the gym in early in the morning because if you think about it, those muscles will carry on working for the rest of the day as well. I do the same when I travel too because I’m not a late sleeper and staying in shape when traveling is tough since I like to indulge in whatever the culture has to offer. I have a workout routine that focuses on the core because I feel that If you can get this part of your body in shape, the rest will fall into shape. I have a hotel room workout that works quite well, and I always look ahead to hotel gyms before I travel. The Ned in London is probably once of the nicest travel gyms I have ever been in.”

Do you remember a time when you first realised you could earn a living on Instagram and do you ever turn down brands?

“Honestly, I didn’t realise it was possible to do that at first. I was just focussing on creating my own brand and suddenly companies started reaching out and wanted to work together. It then definitely opened my eyes that I had something that I could work with and make money. I’ve become much more selective with the bands I like to work with. I want to keep true to what I believe in and what I care about. I don’t want to pursue anything I’m not involved with or interested in.”

You can listen to this interview in full below or simply head over to your preferred Podcast player and search ‘Menswear Style Podcast’ to subscribe.
Don’t forget to leave us a review if you like what you hear – thanks for listening.