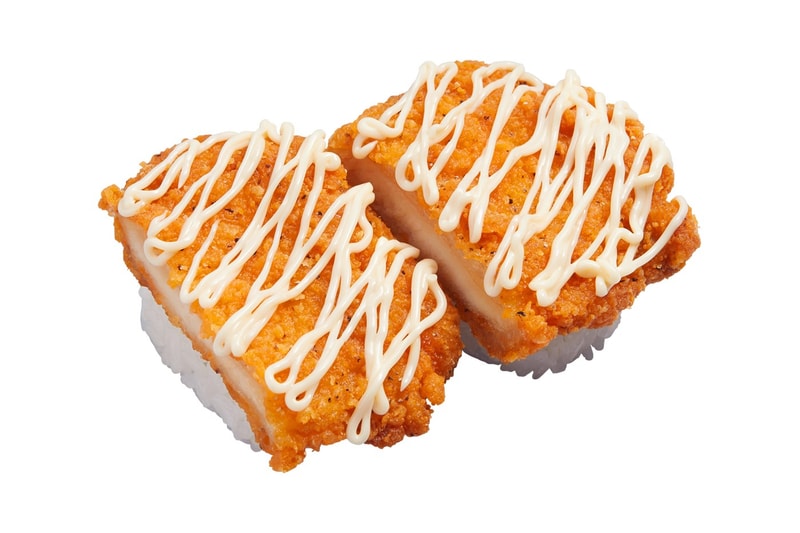 With Christmas just around the corner, Japanese sushi chain Kappa Sushi has added Fried Chicken Nigiri to its menu.

For those unaware, fried chicken is a staple of Christmas celebrations in Japan thanks to KFC. According to KFC Japan, the festive importance of the breaded and fried delight is thanks to Takeshi Okawara, the manager of the first KFC in the country who would go on to become the president and CEO of KFC.

In 1970, Okawara woke up at midnight wrote down an idea that came to him in a dream, a “Party Barrel” to be sold on Christmas. The idea came to Okawara after hearing foreigners talking about how they missed having turkey during Christmas. The Party Barrel was supposed to be a substitute to help foreigners celebrate the holiday but ended up becoming a national phenomenon. To this day, 3.6 million Japanese families treat themselves to fried chicken from KFC and Colonel Sanders dressed in a Santa Claus outfit is a national symbol of the holiday.

Taking advantage of the importance of fried chicken for the holidays, Kappa Sushi created the Fried Chicken Nigiri. Turning the idea of sushi on its heads, the new option simply pairs a seasoned, breaded and sliced chicken fillet topped with mayo onto blocks of sushi rice. For those that can do without the rice, you can also order the chicken doused in black pepper or togarashi spicy pepper.

Head over to Kappa Sushi’s website to learn more about the Christmas menu options.

For more food and beverage news, a French chef has set a new Guinness World Record with a 254 cheese pizza.