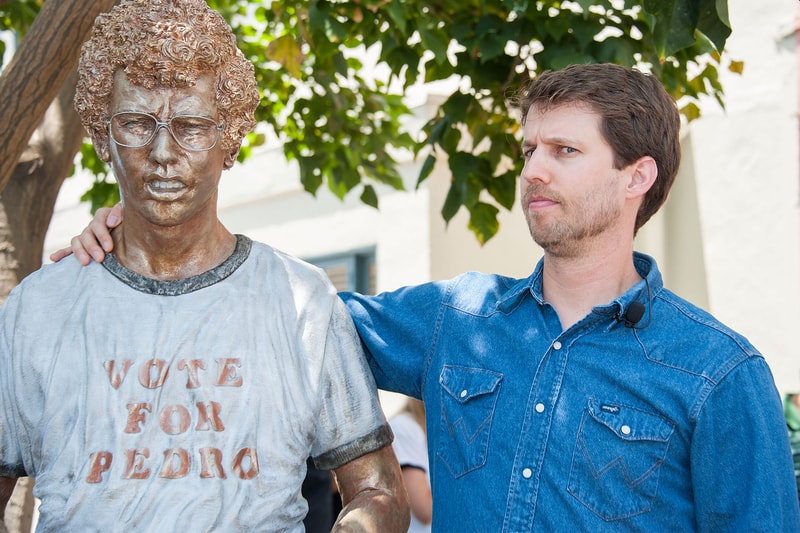 It was revealed by Jon Heder during a Wizard World panel that the idea of a Napoleon Dynamite sequel is nothing new for both he and writer-director Jared Hess. It was revealed that the two are “always playing with the idea” of a follow-up to the 15-year-old cult indie film.

While Heder commented that he would be ready to reprise his role as the lackadaisical heroine, he’s adamant on doing it on if Hess feels 100-percent on the idea, saying: “I know I’ve talked a little bit with Jared, and it’s his baby, so I’m just like, ‘You pull the trigger on that’.” While it is not known what a sequel would involve, having been a decade and some change since the movie was released, the cast does know that they would like to see a completely different approach to the film, an almost dark version.

Actor Efrain Antonio Ramírez (Pedro Sánchez) did give a little insight as to how he’d like the movie to play out, mentioning that Pedro would now be married with five children while running a bakery. Kip would now be a cage fighter, and Uncle Rico would still be scheming on the next big idea. Fans of the film can watch the entire 50-minute panel below.