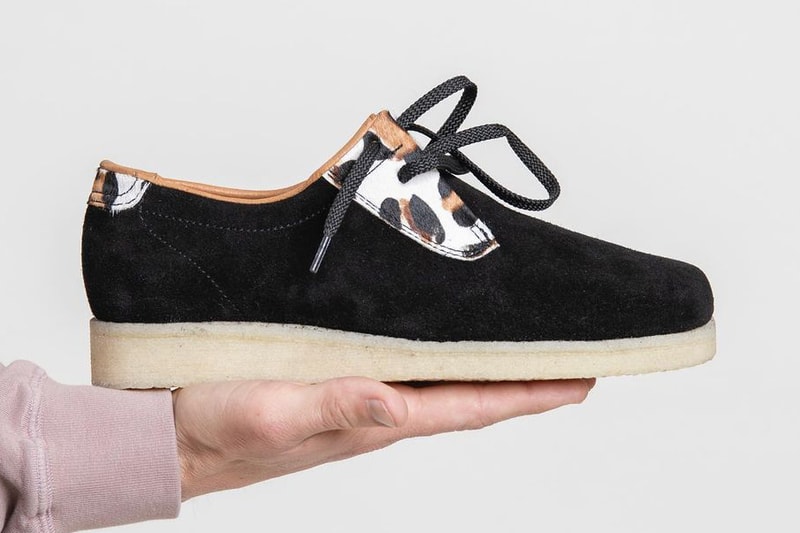 jsPOETS has teamed up with Padmore & Barnes once again for a luxurious take on the P500 sports shoe. Following the late January release of a burgundy croc leather-covered JSPoets x Padmore & Barnes P204, this new style taps the footwear expertise of jsPOETS co-conspirators Jimmy Gorecki (Standard Issue Tees, JSP) and Gino Iannucci (POETS). According to Gorecki, it’s directly inspired by his time at Gourmet — namely Gourmet’s Fall/Winter 2010 collection, which itself featured styles that pulled from the P500’s nearly century-long heritage.

Uppers are dressed in black and built from a supple Italian super velour suede. Black, brown and white cow print detailing is present on the pony hair eyestays and heel piece for a pop of colorful flair. The lining and footbed are both made of luxurious brown leather, and the entire assemblage sits atop a traditional, uncolored crepe midsole/outsole.

Look for the jsPOETS x Padmore & Barnes P500 to release via the JSP webstore on March 11. The MSRP has yet to be announced.

For more from the world of footwear, take a look at the latest installment of HYPEBEAST‘s Sole Mates series — which sees designer Alex Wolfe of Central Saint Martins discuss his heavily-modified take on the classic Birkenstock Arizona sandal.