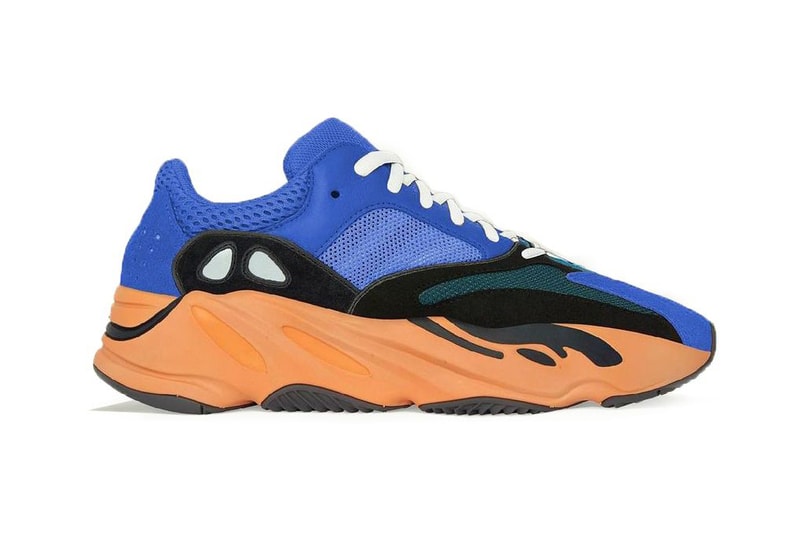 Kanye West and adidas‘ YEEZY line has big plans for its April drops, a key piece of which has now been revealed: the YEEZY BOOST 700 in “Bright Blue.” Combining a lot of Jesus Is King with a little bit of “Wave Runner,” the “Bright Blue” is a bold and colorful addition to the ever-expanding YEEZY lineup.

A vast majority of the upper’s mesh, suede and leather build is covered in an eponymous blue hue, similar to the one West used on the cover of his Jesus Is King album. Elsewhere, black suede surrounds the reflective pieces under the collar and encircles a rich green mesh reminiscent of the OG YEEZY BOOST 700 “Wave Runner” on the forefoot. White laces bring the top half together, and down below the midsole offers the same orange and black blend as January’s YEEZY BOOST 700 “Sun.” This chunky midsole is stuffed full of signature BOOST cushioning, and a black herringbone outsole completes the look.

The notable YEEZY leakers at YEEZY Mafia have the “Bright Blue” release scheduled for April 17, five days after the YEEZY 500 High “Frosted Blue” drops and five days before the arrival of the YEEZY 500 “Enflame,” though this date has yet to be officially confirmed by adidas. Expect the MSRP to be set at $240 USD.