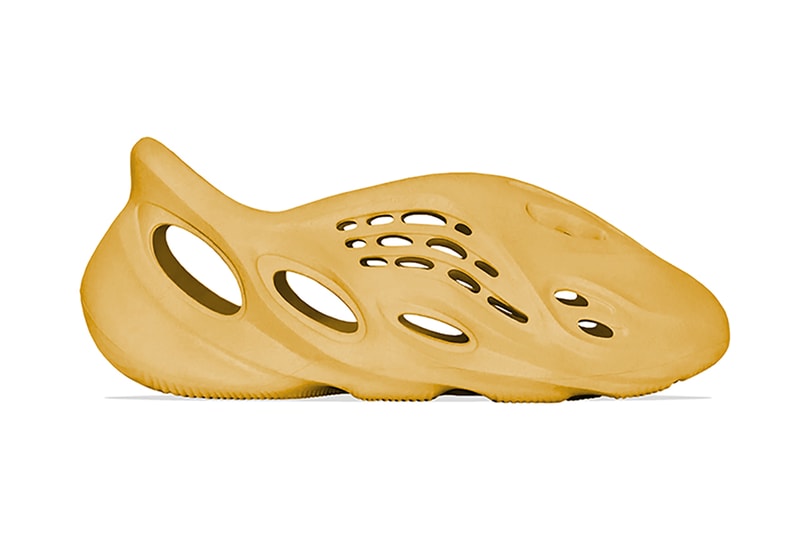 When the YEEZY FOAM RNNR by adidas and Kanye West was first spotted of the soles of North West back in 2019, the internet certainly had some divisive responses to its unorthodox construction. However, now that a few releases have been unloaded to the public, the silhouette has swiftly become one of the most sought-after footwear offerings on the market. Following the revealing of it’s Red October-inspired “Vermilion” colorway, the YEEZY FOAM RNNR has now uncovered in a brand new “Ochre” palette which draws influence from a natural clay pigment.

Like most of the drops that have been revealed thus far, this particular option elects to go with the monochromatic look. From head to toe, the cushion-y clog is baptized in its nominal tone and instantly reflects the essence of the Summer season. In terms of materials, this forthcoming piece is entirely made of EVA foam, some of which is pulled from algae to reflect that of the Three Stripes’ ongoing sustainable efforts. Alien-esque holes are punched out in various sections of the side walls and toe boxes to offer wearers with ample ventilation.

Catch a first glimpse at the pair here above, and note that according to YEEZY MAFIA, these are slated to launch in July 2021 for $80 USD.