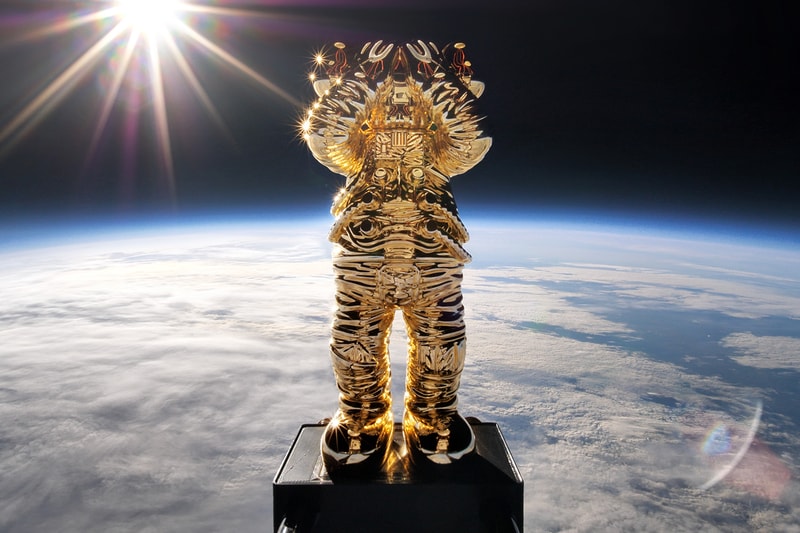 KAWS has once again teamed up with AllRightsReserved for another collectible release. This time, the American artist has brought back its astronaut Companion, the same series as the one used for his redesign of the MTV Music Video Awards Moonman in 2013.

“So many projects have been cancelled this year. I wanted to create one that could be experienced safely from home,” says KAWS. “Because this year marks 20 years since I created COMPANION, I tried to find a way around all the restrictions and do something special. I felt so confined the past few months that creating a project like this has really given me a chance to escape.” KAWS:HOLIDAY SPACE will arrive in three reflective colorways of gold, silver and black. It stands at 11.5 inches tall, and will be launching exclusively via the DDT store on Monday, August 17 at 10 p.m. EDT. Price has not been revealed at time of writing.

Want to find out more about the Companion? Check out Behind the HYPE: How the KAWS Companion is disrupting the art world and beyond.

A few months ago with no public gatherings in sight I decided to work on a project with @ARR.AllRightsReserved where we would send one of my sculptures 41.5 kilometers (136,296 feet) up into the stratosphere. On July 13th we successfully sent COMPANION up and back while taking video and still photos of the journey. Thank you for viewing KAWS: HOLIDAY SPACE Stay safe! #KAWS #KAWSHOLIDAY #AllRightsReserved #Space