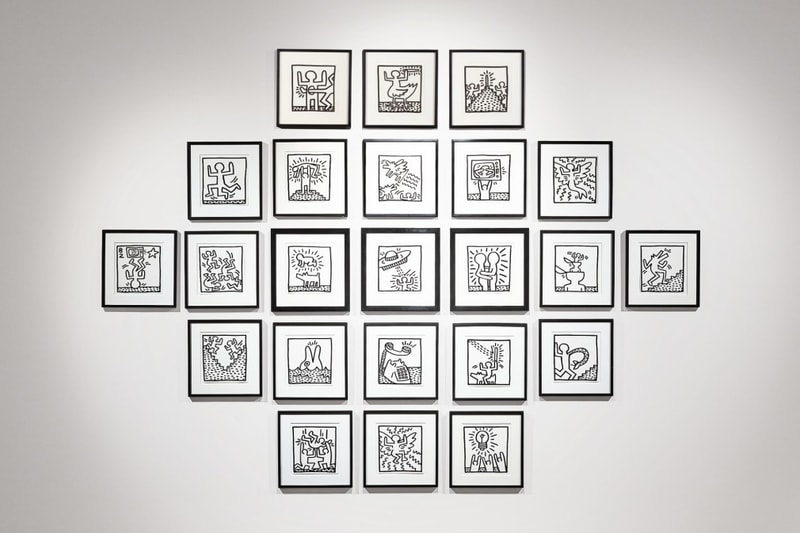 One of the most standout lots is a series of 23 works on paper by Keith Haring from 1982 that defined his signature visual vocabulary. The black-and-white pieces portray Haring’s bold marker drawings of his familiar cast of characters such as a human figure whose arm has morphed into a serpent, a UFO shooting rays and a barking dog with wings to name a few. These works would act as an index for his iconic subway drawings in the early 1980s.

“There is a sense of immediacy in these bold drawings that is integral to Haring’s iconic style. They are deceivingly simple—initially designed to be recognized in a split second by the commuter in a subway station—yet insightfully crafted. Even if one sole image appears perfectly innocent, these drawings connote layers of somewhat apocalyptic meaning that become especially evident when they are viewed together,” said Sotheby’s in a statement.

The Untitled (Twenty-Three Works) currently has a pre-sale estimate of $900,000-$1,200,000 USD. The work will go on auction starting November 17 on Sotheby’s website. Read more about Sotheby’s upcoming and current auction sales here.