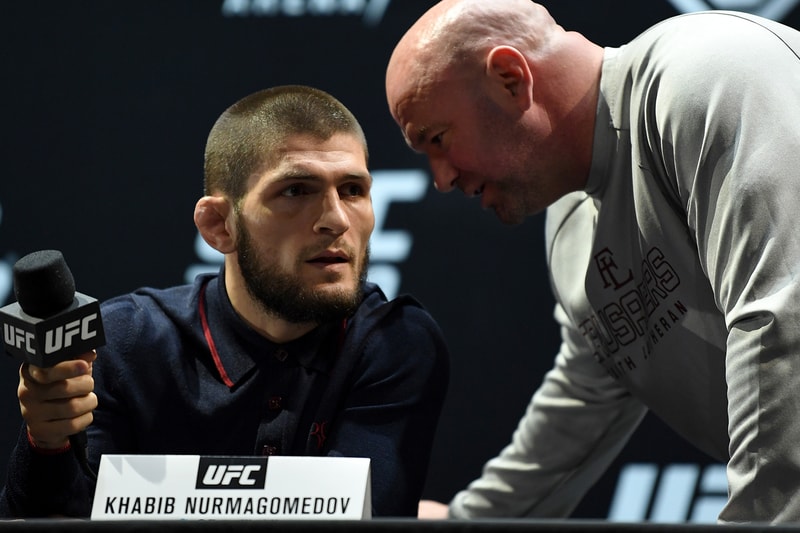 Shortly after meeting with Khabib Nurmagomedov, UFC President Dana White has revealed that the current UFC Lightweight Champion will be announcing his official retirement decision live later today. White noted that the announcement will be revealed live on ABC at 3 p.m. EST from Abu Dhabi.

In an Instagram post talking about the decision, White tells fans that the decision will be affecting the Conor McGregor vs. Dustin Poirier II and Dan Hooker vs. Michael Chandler fights at UFC 257 next week.

Despite successfully defending his Lightweight title against Justin Gaethje, Khabib Nurmagomedov announced his “retirement” from mixed martial arts following his UFC 254 bout. He explained that he had promised his mother that he would not continue to fight without his late father, “No way I’m going to come here without my father. It was first time after what happened with my father, when UFC called me about Justin, I talk with my mother three days. She doesn’t want me to go fight without my father but I promised her it was going to be my last fight. If I give my word, I have to follow this. It was my last fight here.” Nurmagomedov’s father, Abdulmanap Magomedovich Nurmagomedov, died just four months prior to the UFC Lightweight Champion’s last appearance in the Octagon.

In case you missed it, Conor Mcgregor recently showed off his $1 million USD Jacob and Co. watch.