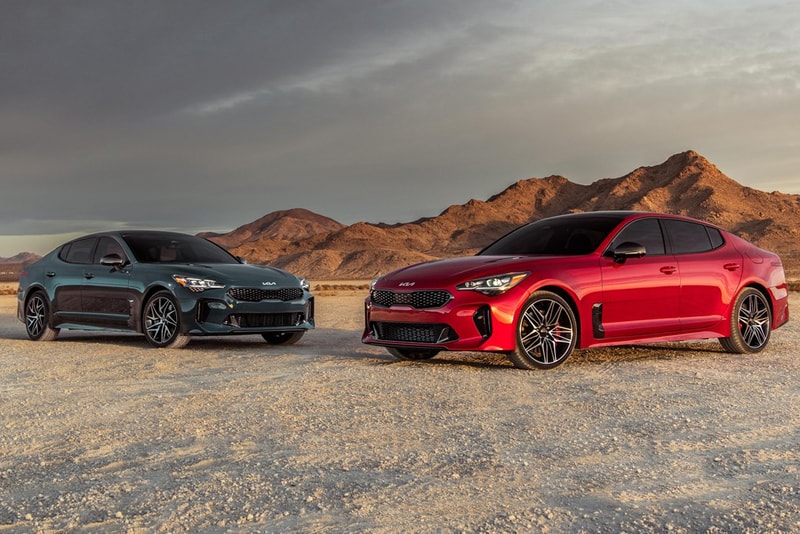 The Kia Stinger GT is without-a-doubt the most exciting car in the South Korean company’s line-up, and now the sports saloon has been given an update for the 2022 model year.

At the top of the range is the flagship Stinger GT, coming with a 3.3-liter twin-turbo V6 that produces 368 HP and 376 lb.-ft. of torque that’s good for a 0-60 MPH time of 4.7 seconds. It’s available with RWD or AWD with torque vectoring, and can be compared to models such as the Audi S4 or Mercedes-AMG C43, which do the same 0-60 MPH sprint in 4.2 and 4.5 seconds respectively, despite power figures varying widely in comparison to the Stinger GT.

However, sports saloons aren’t always done best by the Germans, and Kia is here to prove that. Alongside a more “entry-level” GT-Line that utilizes a 2.5-liter turbo-four producing 300 HP and 311 lb.-ft. of torque for an estimated 0-60 MPH time of 5.2 seconds, Kia is also releasing the Stinger GT in a variety of trims that should make it an even clearer rival to its European counterparts.

The interior environment has been refined to become more of a gran tourer in style, delivering a more luxurious overall feel. Nappa leather has been used throughout, while black gloss and chrome add a touch of lavishness and sportiness to the four-door sedan. Bringing it further into the 21st century is a 10.25-inch navigation display and enhanced LED ambient mood lighting which will come equipped as standard.

In its new “Scorpion Special Edition” spec, the Stinger GT will also be fitted with a rear spoiler, blacked-out fender garnishes and side mirror caps, as well as darkened exhaust tips, black rims, and an interior carbon fiber trim. Regardless of what spec you choose, Kia has put a bigger emphasis on sportiness by making the car more aggressive. It does this by adding distinctive LED lighting, new geometric-designed alloy wheels, and a quad-exhaust setup that’s equally more menacing in design.

Last but by no means least, the Stinger GT features a host of safety features as expected from a brand such as Kia. For example, auto emergency braking technology, blind spot collision avoidance, and lane-keeping assist are now all standard. The Kia Stinger GT-Line, GT1 and GT2 are coming to markets this spring, while the special Scorpion model will come at a later date. Take a look at the 2022 version above.