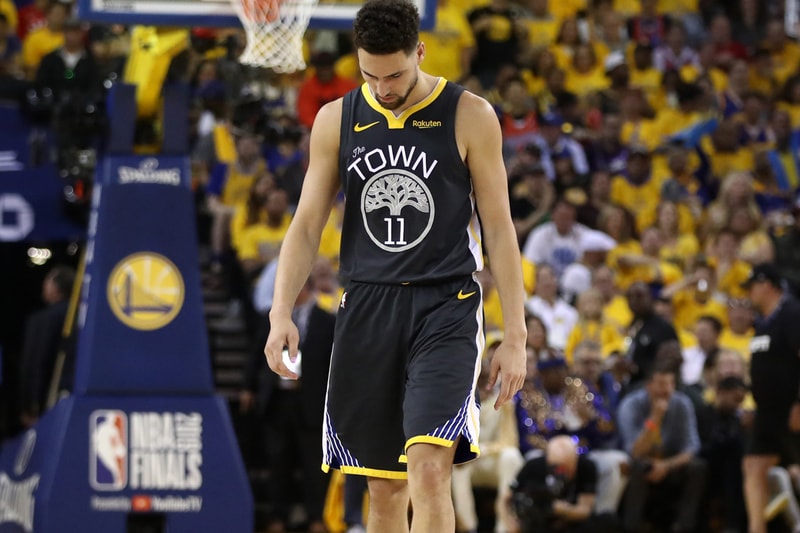 After suffering an achilles tear in his right leg while training in Los Angeles this past Wednesday, Klay Thompson has officially been ruled out for the upcoming 2020-2021 NBA season. Golden State Warriors fans across the globe were anxiously awaiting the sharpshooter’s return to the floor this year considering that he had already taken a major blow in Game 6 of the 2019 NBA Finals when he tore his left ACL.

Had Thompson been fully healthy, it’s very likely that he, alongside Stephen Curry, Draymond Green, newly-acquired first round draft pick James Wiseman, and Kelly Oubre Jr. would have assisted the Warriors in being a very worthy playoff contender. The Bay Area franchise’s general manager Bob Myers spoke on behalf of the organization yesterday in regards to Klay’s status and stated, “We called Steph Curry, we called Draymond Green, and it’s pain, but these are the same guys you hug when you get the trophies too, so you gotta know somebody, you gotta go through the battles with them to feel what we feel as an organization.”

So far, it has been reported that judging from the severity of the tear, it is more than likely that Thompson will have the ability to return to the hardwood at full strength for the 2021-2022 season.

For other sports-related news, Michael Jordan’s “Shattered Backboard” game uniform is currently up for auction.