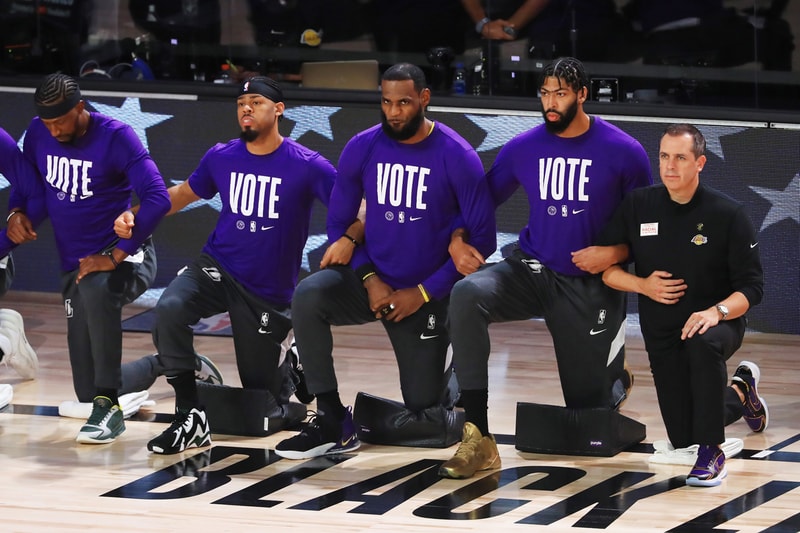 With the 2020 U.S. Presidential Election just around the corner, a new two-part series called Uninterrupted by the voting rights group More Than a Vote has launched in the NBA 2K21 game. Led by Lebron James along with other Black athletes, the initiative aims to appeal to the millennials and Gen Z voters who log in to play the popular video game.

Uninterrupted will inform its audience on social injustice and racial inequality topics. The segment will appear as part of 2KTV, the in-game video series that releases each week in the game and on YouTube. Altogether, the 2KTV show will relay diverse news topics and updates about the video game alongside interviews with NBA stars and more.

The first part of the two-part series launched on October 16’s Episode 7 of NBA 2K21’s 2KTV. Produced in partnership with Spring Hill Co. (LeBron James’ entertainment company), it spotlights ESPN analyst Maria Hill, who appears on ABC and ESPN’s NBA in-studio programs. Hill is also part of the More Than a Vote group.

Hosts of the segment, Chris Manning and Alexis Morgan, debuted the new series at the 6:20 mark of the new 2KTV episode below. “At 2K, we’re all about doing our part to helping achieve social justice worldwide,” says Manning in the clip. “So today we are launching a new series in partnership with the Spring Hill Company to address injustice and explore how we can achieve the goal of equity and equality,” Morgan adds.

Check out the episode below.