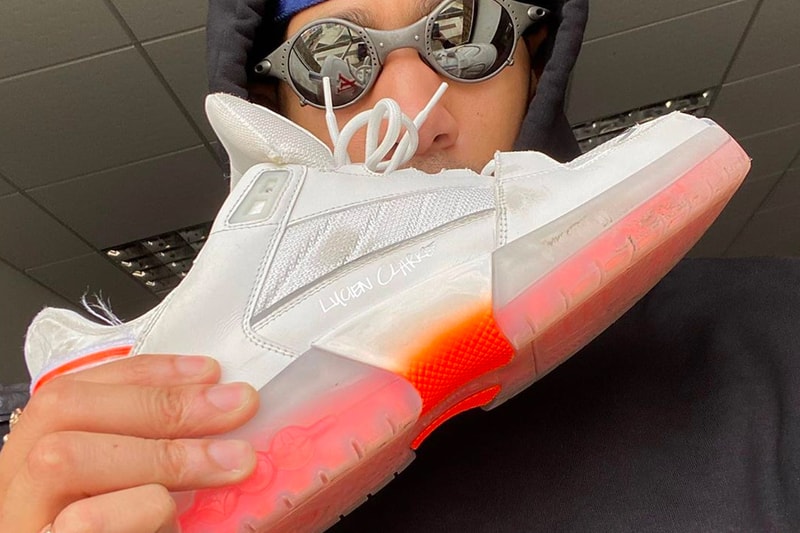 Shortly after an initial reveal, Lucien Clarke has now revealed another colorway of his upcoming signature Louis Vuitton Skate Shoe.

Taking to Instagram, the Palace skate team fixture showed off a clean “White/Orange” colorway that serves as a lighter take compared to the already revealed “Black/Orange” and “Grey/Green” looks of the sneaker designed with Virgil Abloh. Lucien also revealed how the shoes look after being skated in, with visible fraying and scuffing complementing the translucent hits and gradient design found on the sole unit. Also in his Instagram post, the skate shared his recent session at the park after leaving a Louis Vuitton flagship location.

Lucien Clarke skating in the third colorway of his signature Louis Vuitton Skate Shoe below.

In case you missed it, catch our feature discussing who the Louis Vuitton Skate Shoe is for.