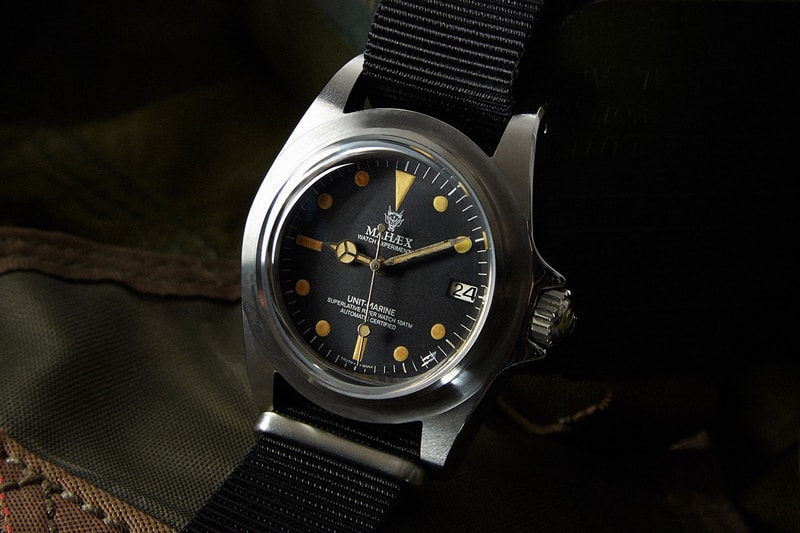 According to Phillips, Brando personally engraved the back of his Rolex GMT-Master and, when asked to remove the watch for filming, instead chose to remove the distinctive red and blue bezel, which was comparatively normal behavior for the infamously volatile actor.

Watch Experimental Unit has created a correctly proportioned 36.5mm stainless steel case sans bezel with an artificially aged dial and, rather than ‘M Brando’, the caseback is instead engraved with ‘M Rishi’. The watch uses an automatic Seiko NH35 movement.

The Royal Marine 1950 is water resistant to 100m and comes with fabric straps in olive and black. It’s listed as a limited edition but we’re waiting to hear from Maharishi how many pieces will be made.

The Brando watch might well be the most expensive watch linked to Coppola’s epic, but it’s certainly not the most popular. Martin Sheen’s protagonist, Captain Willard, famously wore a Seiko 6105, a model which has since earned the name Willard among Seiko fans and has spawned numerous reissues.