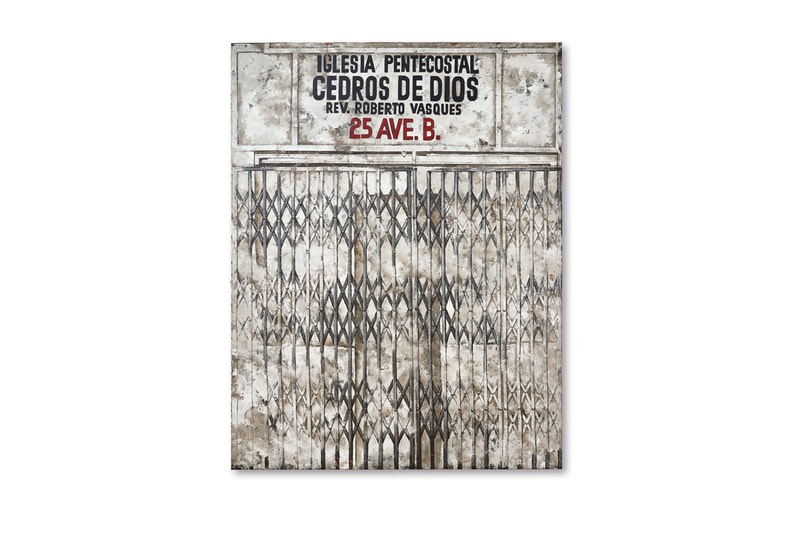 Sotheby’s London is currently presenting a charity auction called “Art of Tomorrow” with a portion of proceeds of the sale of artworks to support the Chu Foundation — an independent non-profit organization founded by Hong Kong-based art collectors and patrons Natalie Chan Chu and Lawrence Chu that is on a mission to empower human potential through art and education. Funds will also benefit the foundation’s latest Chu Residency at Tateyama which scheduled to open in 2021. The residency will invite artists from across the globe to create work while also launching mentorship programs.

Leading the sale is a monumental work by the late Chinese-American painter Martin Wong. Titled Iglesia Pentecostal 1986, the large-scale painting evokes the desolate and decrepit atmosphere of 1980s New York stricken by the AIDS crisis that became the leading cause of death for men between the ages of 25 to 44. The work is part of Wong’s series of l’oeil paintings — nine in total — portraying shuttered or padlocked storefronts situated in the city during that period. The dove-grey hued Iglesia Pentecostal is considered to be the most iconic among the pieces in the series and was repurposed as a graphic apparel item in Supreme’s Fall/Winter 2019 collection.

“While depicted in unfiltered and meticulous detail, Wong injects a touch of magic into the unglamorous mundane: the crushingly sombre tableau shines with hints of the sublime and even the mystic, with lingering glimmers of anticipation and hope,” as per a statement describing the work.

Wong’s Iglesia Pentecostal will be among a total of 34 lots offered across Sotheby’s Contemporary Art Evening and Day Sales, featuring a diverse selection of work including paintings, sculptures and installation art by key Asian and Western contemporary artists including Firenze Lai, Zhang Enli and Jonas Wood. Head to Sotheby’s website to learn more.

In other auctions, a famous Black Lives Matter image will make its debut at an upcoming Sotheby’s sale.