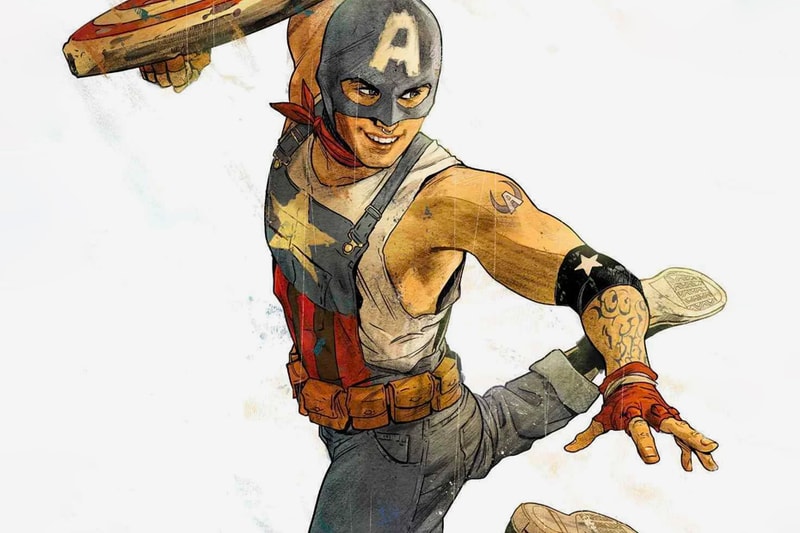 Marvel has just introduced its newest LGBTQ+ hero that will appear in its upcoming The United States of Captain America comic series.

While the series is written by Christopher Cantwell with artwork by Dale Eaglesham, the new LGBTQ+ hero, Aaron Fischer was conceived by Joshua Trujillo and Jan Bazaldua. Going by the name Captain America of the Railways, in the series, Aaron Fischer is discovered when the four Captain Americas of the past — Steve Rogers, Bucky Barnes, John Walker, and Sam Wilson — set out to locate a stolen Captain America shield. It is on their journey that they run into a number of “Captain Americas,” each doing their part in saving their community.

Jan Bazaldua commented: “I want to thank Editor Alanna Smith and Joshua Trujillo very much for asking me to create Aaron. I really enjoyed designing him, and as a transgender person, I am happy to be able to present an openly gay person who admires Captain America and fights against evil to help those who are almost invisible to society. While I was drawing him, I thought, well, Cap fights against super-powerful beings and saves the world almost always, but Aaron helps those who walk alone in the street with problems that they face every day. I hope people like the end result!”

This five-part miniseries will feature a new localized Captain America with each issue and is set to release with Issue #1 on June 2.

Meet Aaron Fischer, the Captain America of the Railways

A new queer shield bearer in THE UNITED STATES OF CAPTAIN AMERICA designed by @obazaldua pic.twitter.com/6CANt1yhme