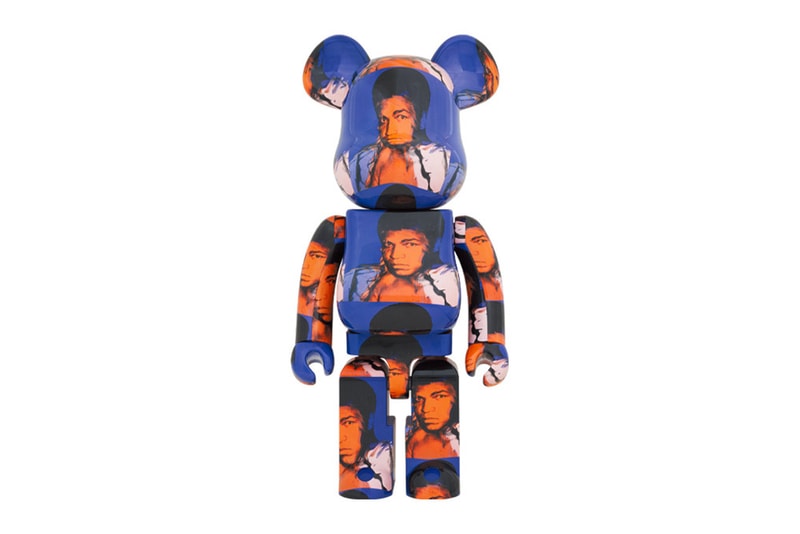 Medicom Toy has immortalized Andy Warhol‘s portrait of Muhammad Ali in a new BE@RBRICK. Warhol took the photo portrait of the boxer in 1977 as part of his Athletes series, which also includes other big names like golfer Jack Nicklaus and soccer player Pelé.

Warhol’s artwork is repeated over a glossy blue foundation, bringing out the orange tint of the boxer’s portrait. Speaking on the project, Warhol was quoted, “I really got to love the athletes because they are the really big stars.” According to the artist, Ali was not the easiest subject to capture, but Warhol managed to get a shot of the boxer in a powerful stance — fists poised and ready to fight. Warhol then painted over the photo to “create the impression of movement,” seen in the lightly drawn black outlines on the BE@RBRICK.

For more from Medicom Toy, check out Haroshi and Karimoku’s take on a wooden BE@RBRICK.