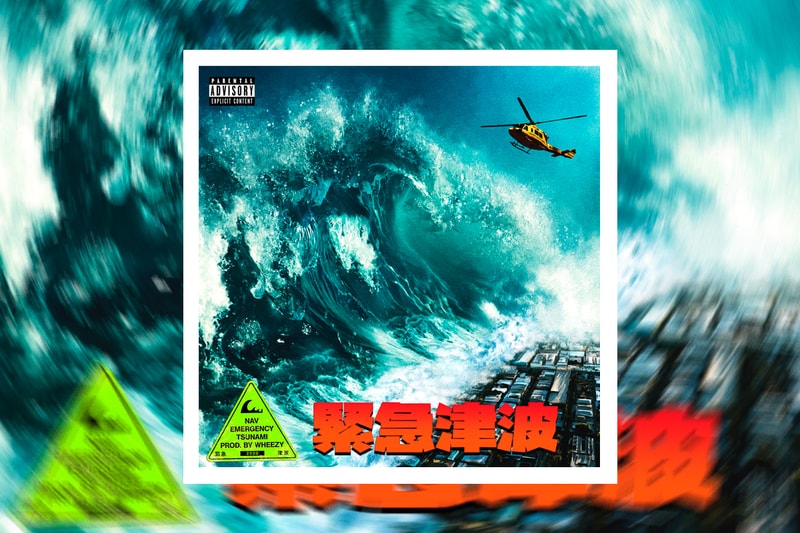 Announced earlier this week, NAV and Wheezy have come together to release their collaborative mixtape Emergency Tsunami.

Emergency Tsunami features 14 songs in total all crafted by the Atlanta producer marked by his signature “Wheezy Outta Here” tag at the jump. Throughout the 33 minute mixtape, NAV builds on his signature untamed lyricism touching on fame, fortune and everything in-between. Choices features come from Gunna on “Young Wheezy,” Young Thug on “Repercussions,” Lil Keed on “Trains” and SahBabii on “Do Ya Deed.”

Listen to NAV and Wheezy’s Emergency Tsunami mixtape on Spotify and Apple Music below.

Emergency Tsunami OUT NOW!!! @wheezy on all platforms!!!