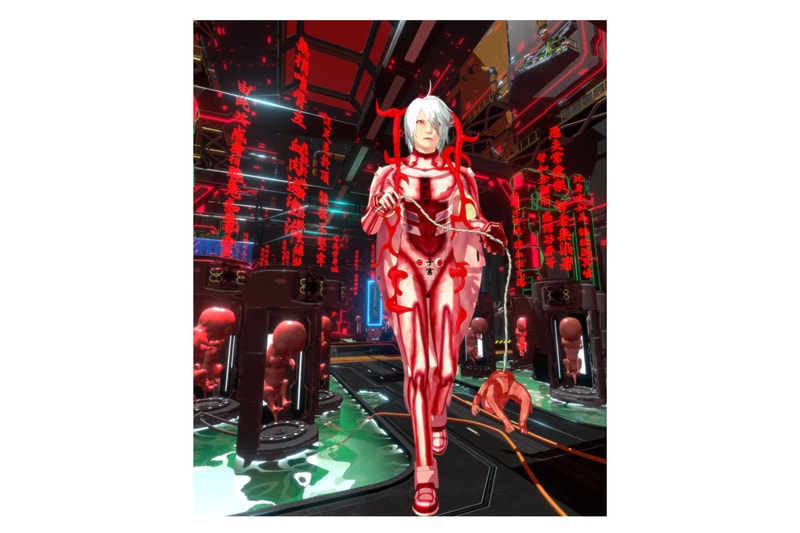 Yang’s work has been shown in major exhibitions at the UCCA, Centre Pompidou, ICA London, Musée d’art Contemporain Lyon, Momentum Berlin, and will be included in the Asia Society NY Art Triennial this year.

The artist is partnering up with SHDW.gallery to release a selection of limited edition prints under a series entitled Material World Knight. A total of eight prints are included in the collaboration portraying various futuristic avatars set against techno-psychedelic backdrops.

The first print in the series spotlights the artist’s first character called UTERUS MAN which will release on March 16 at SHDW.gallery’s website. Each print will arrive hand-signed, numbered and limited to an edition of 50 pieces.