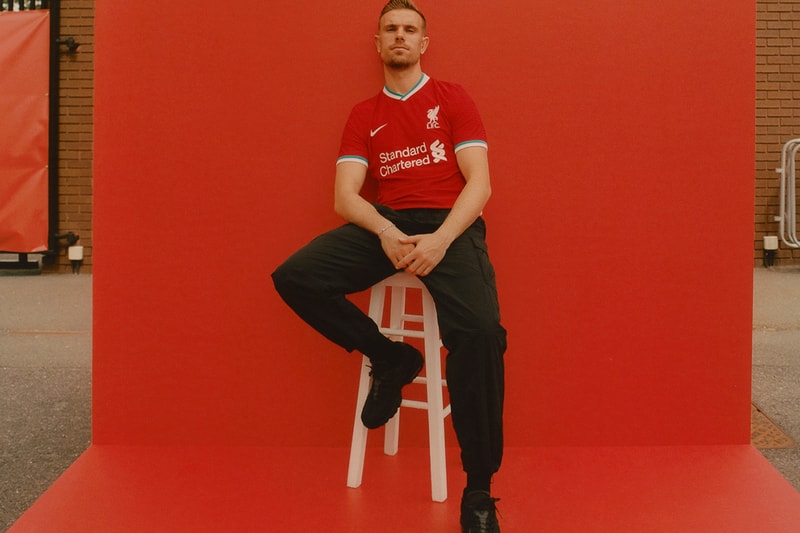 After the partnership was officially confirmed back in January, Nike has revealed its first kit design for Liverpool. The new jersey to be worn by the current Premier League, European and Club World Cup champions pays tribute to the club’s past while also alluding to the future of the team.

Unsurprisingly, Liverpool will wear red jersey, socks and shorts for the next season. The 2020/21 kit features a bright red color to celebrate the youth and vibrancy of the team, and sits alongside the classic white detailing. Nike has also introduced hits of teal to the jersey, referencing a color from throughout Liverpool’s history and the color of the Liverbird in its crest.

Other features of the kit include 100% recycled polyester construction and a V-neck collar, surrounded by white and teal stripes which also appear on the sleeves and socks. The nape of the neck features the 96 emblem in the eternal flames, honoring the 96 people who lost their lives at Hillsborough. Launching the design, Scott Munson, VP Apparel Global Football at Nike, said, “The most important step for us was to dive deep into the folklore and customs of the Club while at the same time understanding its role and impact on local culture and the lifestyle of its supporters today.” Munson also explained the addition of teal, “It relates to the traditional club crest. The teal holds a further symbolic connection to the city of Liverpool through the Liver Birds that look over the city and have been a prominent fixture on the Liverpool jersey since the club formed in 1892.”

Take a look at the highly-anticipated kit in the gallery above. The jersey is available now for Early Access from the Nike web store, before releasing more widely on August 6.