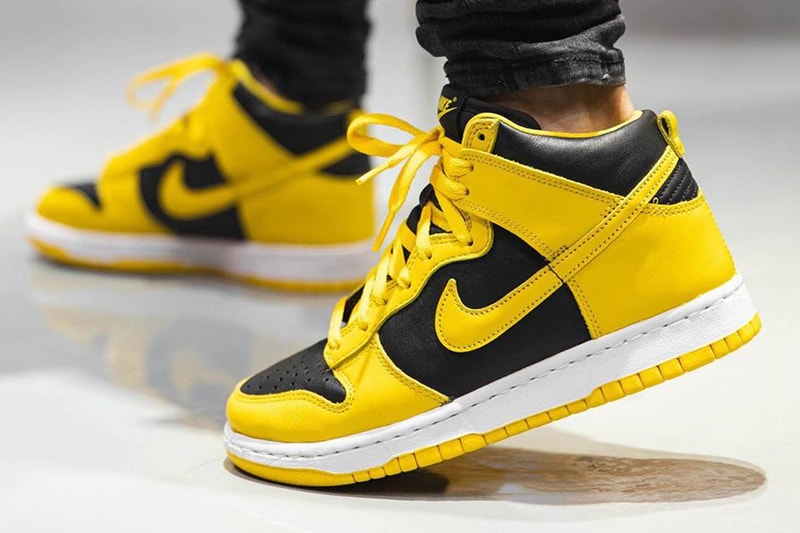 2020 has largely been the year of the Dunk Low for Nike Sportswear, but the Dunk High is set to get some love this holiday season as well with the re-release of a familiar “Varsity Maize” makeup. Bearing many a similarity to both 1985’s “Iowa” Dunk from the seminal “Be True to Your School” series and 1999’s legendary “Wu-Tang” Dunk — a style reportedly limited to 36 pairs — the “Varsity Maize” returns to a welcoming climate, one thirsty for archival colorways. Quarters, collars and toeboxes are done up in black leather, with overlays, mudguards, Swooshes, eyestays and heel tabs featuring a bright yellow tone for contrast. The tongue is made of traditional black nylon and equipped with yellow branded accents on its tag. Down below, the “Varsity Maize” differentiates itself from a 2012 “Varsity Maize” style by using an airy white midsole instead of a murky black one. Yellow outsoles complete the look.

An official release date has yet to be announced, but early reports have the Nike Dunk High “Varsity Maize” releasing during 2020’s holiday season, with an MSRP of $110 USD.