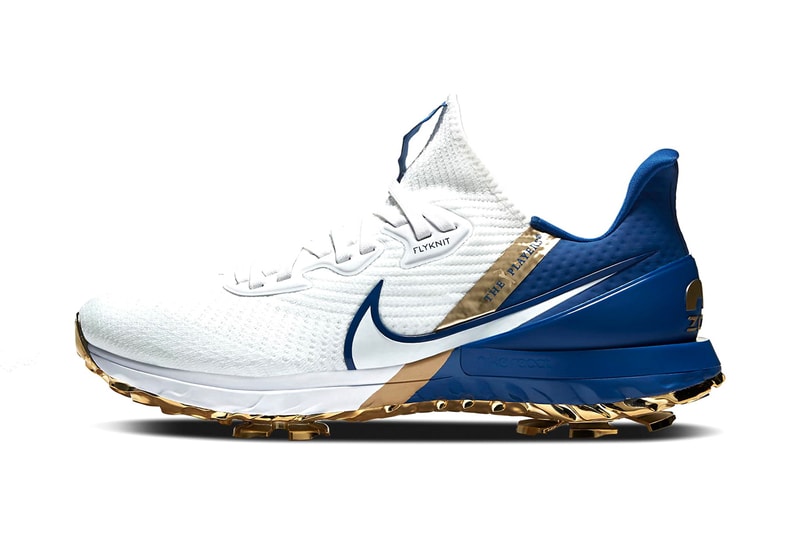 Nike Golf celebrates THE PLAYERS Championship with a special edition of the Air Zoom Infinity Tour NRG model. The running/golf hybrid shoe incorporates modern traction and has been given its own colorway.

The Nike Golf Air Zoom Infinity Tour continues as a breathable and weatherproof Flyknit golf shoe. Innovation from Nike React technology delivers an easy walk with the upper being set into foam, responding to every step. The primary colors are inspired by THE PLAYERS Championship, an annual golf tournament since 1982 at the legendary TPC at Sawgrass Stadium Course in Ponte Vedra Beach, Florida, and made famous for its 17th hole par-3 island green. In addition, the pigmentations of this silhouette are finessed with gold accents and a bright, chrome outsole. THE PLAYERS Championship insignia is also hallmarked on the sockliner and the perimeter of the shoe.

Elsewhere in shoes, BEAMS and Clarks link up for a brand new GORE-TEX equipped Wallabee Low.