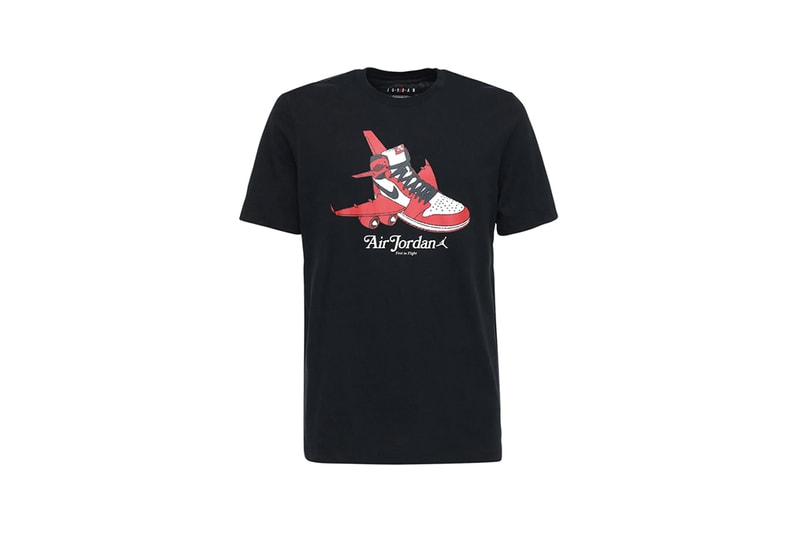 Nike has captured its legendary Air Jordan 1 “Chicago” mid-flight with its latest graphic T-shirt. Available in black or white, the T-shirt sports a large AJ1 with airplane wings and turbine engines alongside the slogan, “First in Flight,” nodding to the sneaker’s basketball heritage.

The Air Jordan 1 “Chicago” released in 1985, and this year it is having its 35th anniversary. In fact, the Air Jordan 1 is having quite the year so far, with the “Chicago” color scheme recently appearing on the new snakeskin AJ1, and other AJ1s causing much hysteria, like the collaborative Dior pairs or the just-released Co.JP offering.

Jordan Brand continues to celebrate the famed sneaker here with its T-shirt release. Cursive “Air Jordan” branding and the iconic Jumpman logo also grace the front, while the back is left plain.

Take a look at the Nike Air Jordan 1 “Chicago” graphic T-shirt in both white and black above. They can be purchased from LUISAVIAROMA now for $35 USD apiece.

In case you missed it, here is the story of Nike’s Co.JP line.