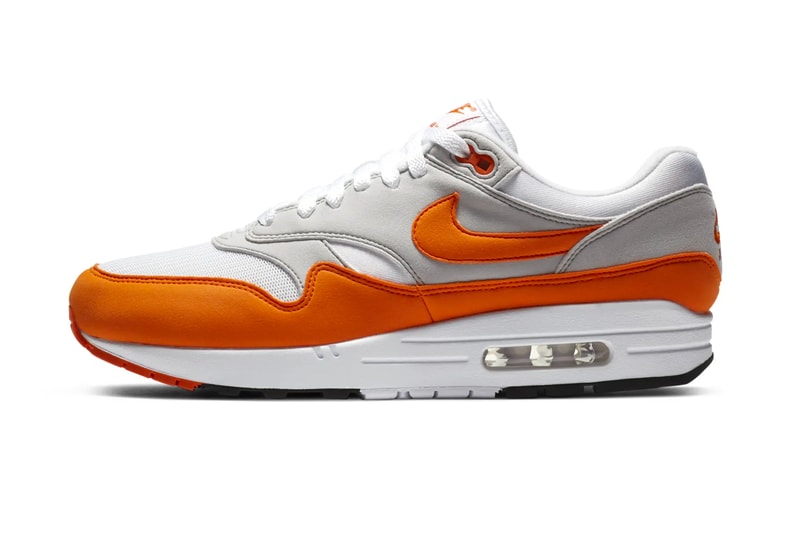 Originally releasing alongside a “Hunter Green” colorway as part of an “Anniversary” pack, the Nike Air Max 1 “Magma Orange” is now set for another drop.

Centered around “White/Magma Orange-Neutral Grey-Black,” the clean look features a white mesh base accented by light grey nubuck overlays on the sides, forefoot, and heel. But the may color hit on the shoe comes from the orange contrast found on the mudguard and midfoot Swooshes. Additional branding comes in the form of tongue tags, printed insoles and Nike Air embroidery at the rear. Rounding up the design of the shoe are clean white sockliners, matching Air-assisted midsoles paired with black rubber outsoles with white and orange elements.

Priced at $140 USD, the Nike Air Max 1 “Magma Orange” is set to release on Nike SNKRS and at select retailers November 19.