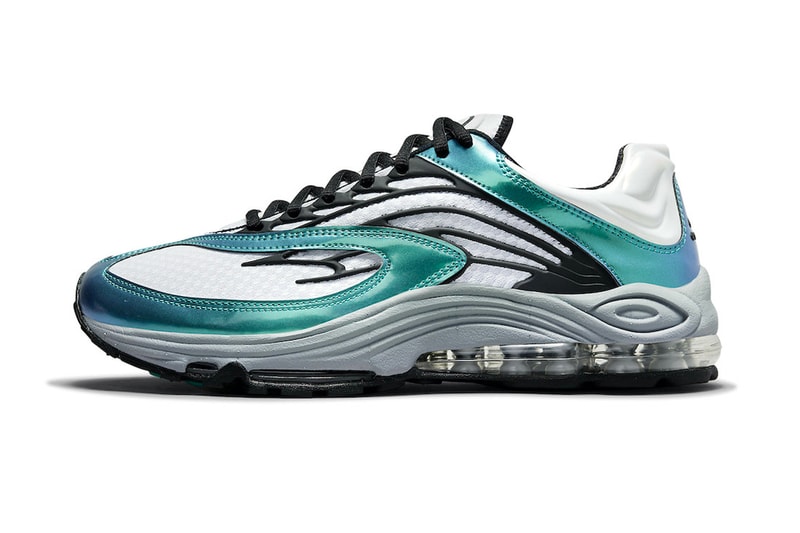 After releasing a “Celery” version, Nike once again revisits the 1999 Air Tuned Max model but this time with a new metallic “Aquamarine” colorway.

In this colorway, the shoe features a sleek build with white mesh that’s complemented with different materials. Glossy leather overlays in aquamarine — both metallic to iridescent — appear at the rear quarter, heel, and forefoot. This colorful effect is further extended to the mini swoosh on the tongue while padded white neoprene collars split up the design and offer added support. Black also makes a pronounced appearance against the bright overlays, hitting the side panels via the signature TPU webbing molds, as well as arriving on the throat, backside’s Swooshes and shoelaces.

The midsole, with its wavy pattern, is dipped in wolf gray and is sandwiched between a full-length translucent Air bubble and a black outsole.

The official release date has yet to be confirmed, but Nike’s Air Tuned Max “Aquamarine” is expected to drop soon on Nike’s website for $170 USD.