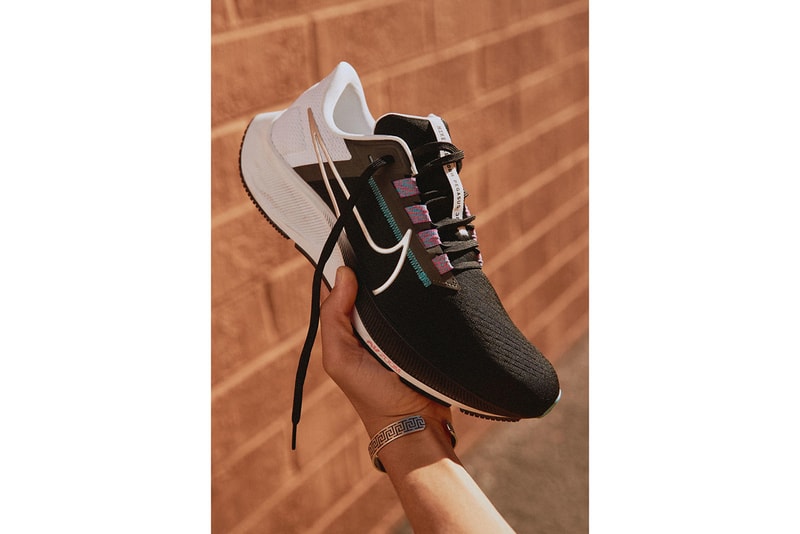 Nike is home to an incessant amount of running models, but the Air Zoom Pegasus lineage certainly ranks among the most popular offerings as it has nearly 40 models in its range. For Spring 2021, the Swoosh’s running division has unveiled its next chapter: the Air Zoom Pegasus 38.

The overall shape of the sneaker isn’t all that different from the Air Zoom Pegasus 37, but it does feature subtle differences in its tooling. More space has been made within the toe boxes and a new mid-foot webbing system has been implemented to give wearers a more personalized fit. Additionally, the base layer uppers have been manufactured with a more soft and breathable mesh material, and the tongues now arrive as a separate component with more padded foam.

Some familiar elements that have been transferred over include that of the tuned midsoles and full-length React cushioning for premium spring in your step, a forefoot Zoom Air unit as well as a FlyEase variation that features the usual no-tie lacing system.

The Nike Air Zoom Pegasus 38 is set to release to Nike Members on April 15 in Europe, April 22 in North America and globally on April 29.